This bike lingered in my memories for almost 20 years, and I just found pictures of it again here. Canadian rider Steve Bauer rode this bike in the 1993 Ghent-Wevelgem and Paris-Roubaix. The extremely laid-back seat tube angle and correspondingly long chain stays were meant to give an almost recumbent position for muscling the gears against the saddle’s backrest, with less weight being supported by the rider’s back and arms. Apparently Bauer finished 21st at Roubaix, but in the end he decided that the bike design was a net negative. I’d bet money that this bike wouldn’t pass a UCI inspection nowadays. I remember reading in a magazine at the time that Eddy Merckx was nonplussed, simply explaining that his company built the bike as requested by the Motorola team. 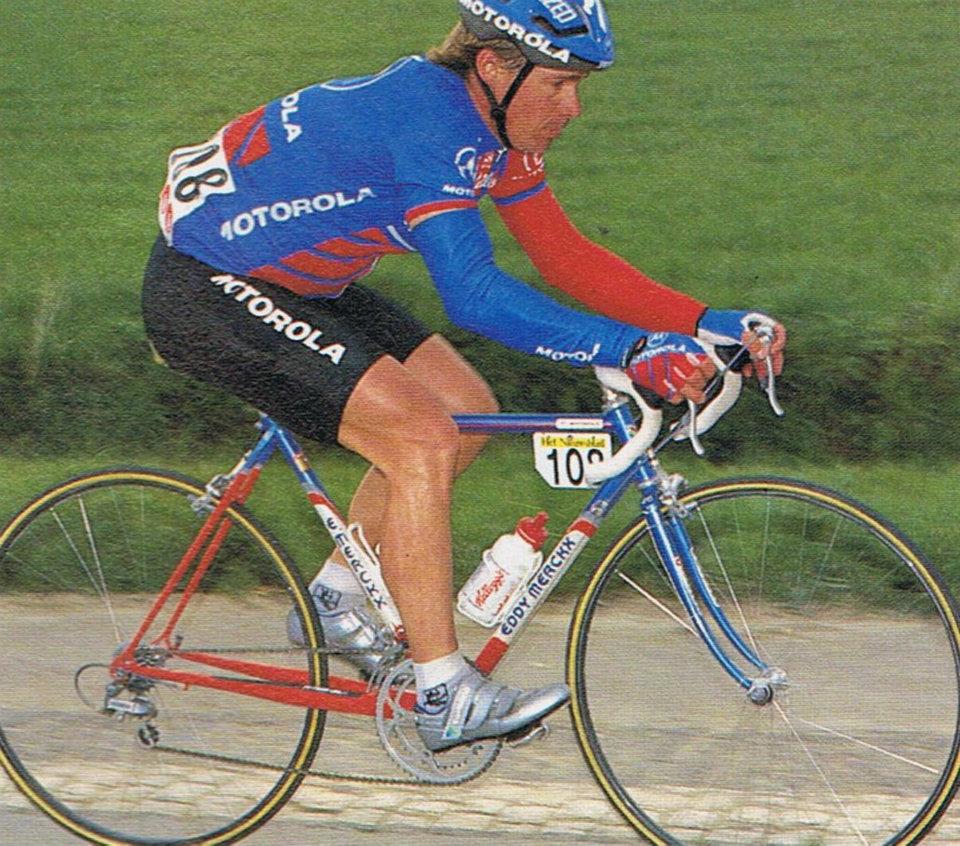 Above at Ghent-Wevelgem; below at Paris-Roubaix with a Rock Shox fork. 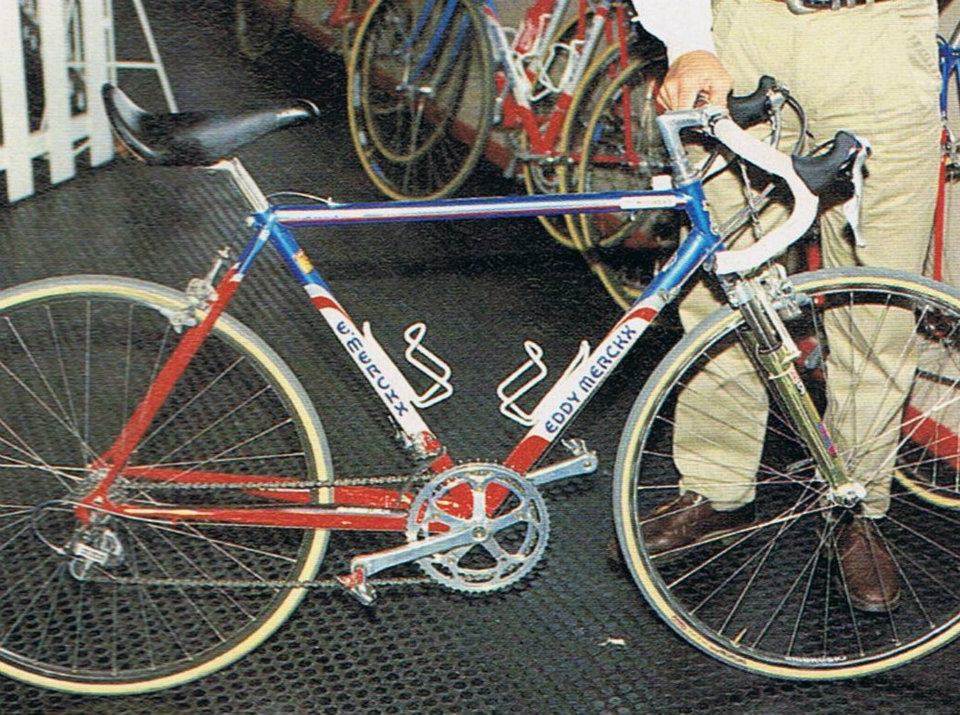