Whatever Google is up to with their OnHub router, a home conflagration or whatever, don’t care because of the utterly blazing speed. This is how blazing…. 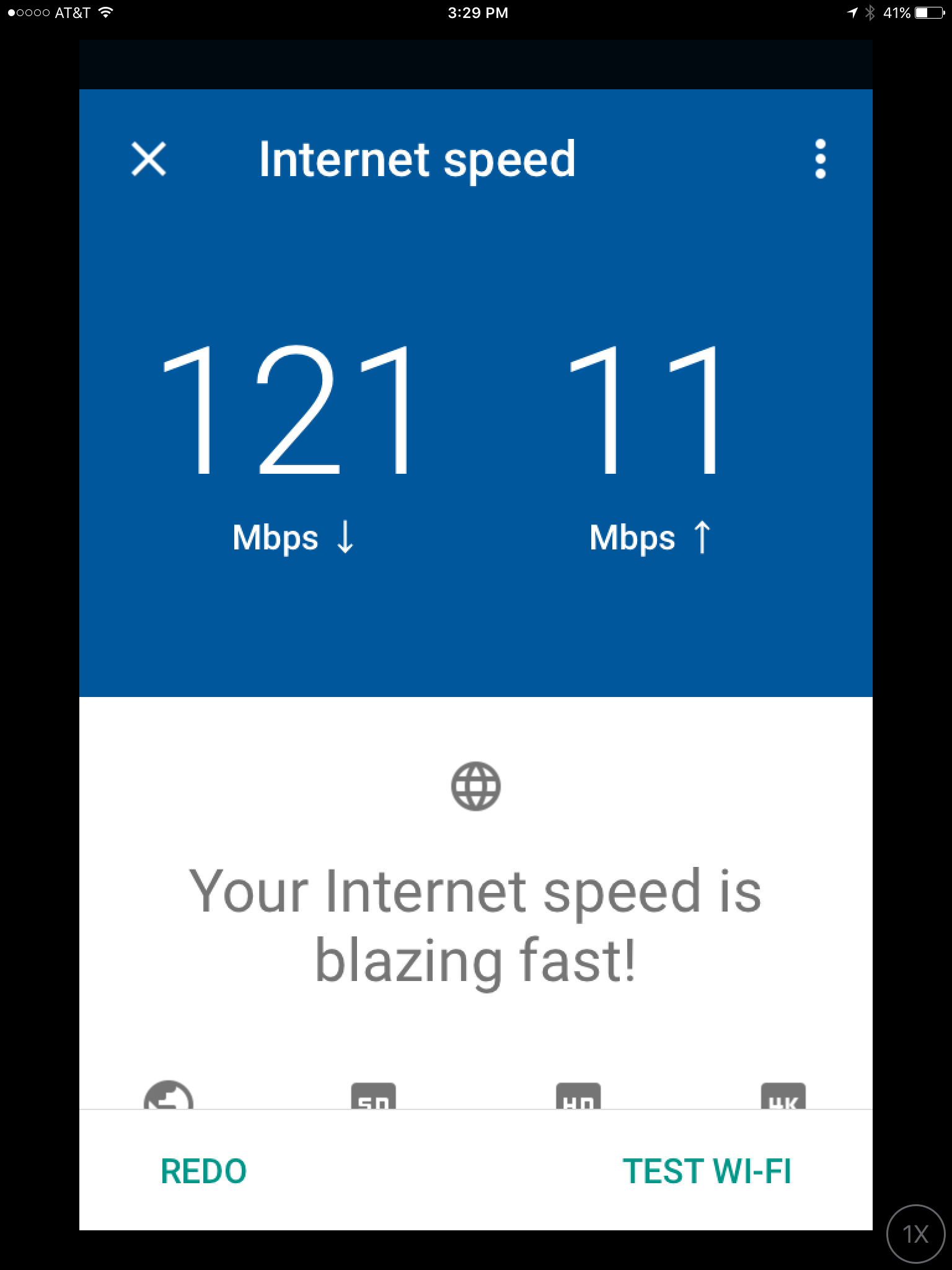 And, I’m paying only paying Xfinity for 105 down, the most you can get in my area. Sure, the router is a fashion piece, you can dress it up, it has 18 antennas, and automagically maps your traffic. Updates itself too and has a pretty app.

Mostly what it does is give me full bars of coverage THROUGHOUT my brick house. I was so amazed, I’m sharing it with you, on a bike blog.

As we should expect with Google, they’ll drop it, rename it, or do something else confusing. When it launched over a year ago, the OnHub was lauded as overpriced and suspicious for the inactive USB port and microphone on the speaker port (it plays a startup sound when configured). The Verge who likes everything wrote a “buy something else” review. Like, an ugly-ass Asus Black Knight (I have one of those too, using a 3MB DSL as a redundant network). Whether or not a router should be a conversation piece in your home is for home fashion magazines editors to decide. What I know is, my router died, needed a new one, did some research, and

The hills are alive with WIFI!

At my house, at least.

The best part is, because the OnHub didn’t sell well, it’s likely discontinued and replaced with this thing. So, on Amazon, it’s now priced the same as the Asus AC68U at $169.00.

The OnHub is a really good deal if you prioritize speed and ease of use, design too. Speed and connectivity became much more of an issue for me after I started shooting high-rez with pro cameras.