Spinlister is a bike rental service and Jen tries it out.

Earlier this year I decided to make a movie for the Bicycle Film Festival, something I have been saying I was going to do for years. My teammate Erin Lamb had a great idea for a movie. Six months later, our short film “California Girls” was accepted into the festival. I had to go to NY to see it on the big screen at the premiere. I booked a flight from Los Angeles.

I race bicycles, so taking 5 days off from training can be a good thing, but I knew I had the Cascade Cycling Classic right around the corner, so I had no other choice but to pack up my fancy road bike and work in training rides on my little vacation. Since NYC is infamous for bike theft, I knew I couldn’t use my road bike to get around the city. Either it would get stolen locked up outside or I would have a nervous breakdown thinking about it getting stolen. I needed a commuter bike. 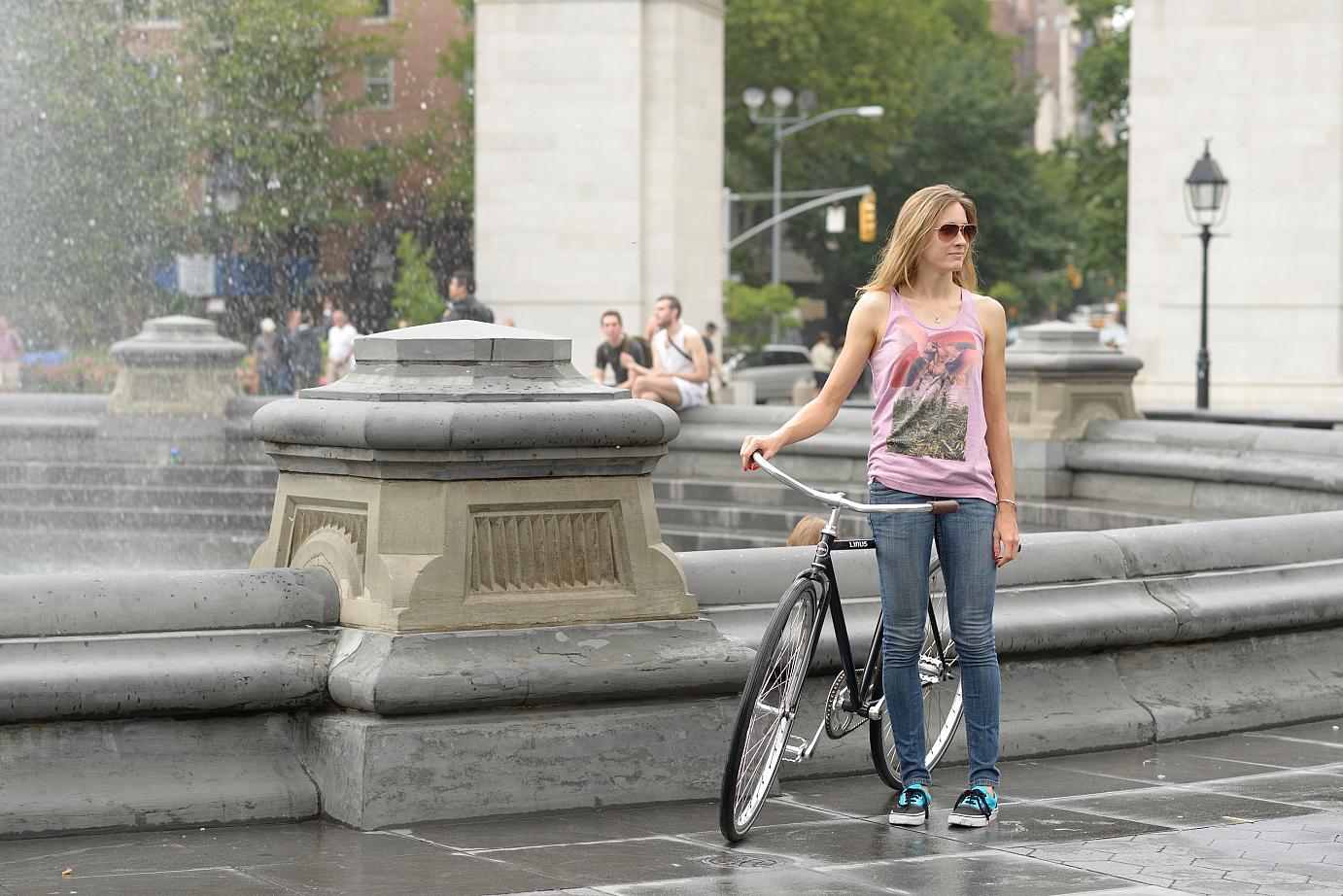 The first person I thought of to call was my friend Austin Horse. He just started working for Spinlister, and recommended I use the service. It was super easy to get started, and before I knew it I was browsing through different bikes that were available to rent, that would all be in my size range. Everything from heavy cruisers to Time Trial bikes. I zeroed in on a Linus Roadster. It’s nothing special, but I’ve always loved the simplicity of that bike, and cruising the streets of NY on a single speed with a coaster brake sounded perfect.

I contacted the owner Francesca, and she immediately emailed me. She made it so easy to set up a pickup time and was super flexible. Of course, I later learned that she is the poster child of Spinlister, rightfully so.

I arrived in NY and went to meet her on Prince St. in SoHo. She is the most adorable human. She handed me the key to her U-Lock, which was dangling from a keychain of the recognizable NYC bodega blue coffee cup with a face on it.

As I rode away, I was reminded of the beauty and the incredible feeling you have when riding on the streets in NY. I had previously lived there, prior to moving to Los Angeles. It was like old times, I was reunited with the city I loved. Weaving freely through Chinese food delivery guys on E-Bikes, working men unloading carts, and jogging celebrities (Julia Stiles was close enough to touch).

I went on to enjoy the bike more and more each day. We were involved. It offered me freedom. It took me to the Bicycle Film Festival. It took me to dinner, over bridges, it took me to visit old friends, and to parties and new places.

Pretty soon, my trip was coming to an end. I called Francesca, who was studying in the Washington Square library. She met me at the fountain in the square, and as I gratefully handed her the key back to her bike I had enjoyed so much, I knew that this was a spiritual moment (don’t laugh). We hugged. I hardly know Francesca, but we hugged.

As I walked away, I thought about Spinlister, and how it was such an amazing way of bringing cyclists together, and presents the option of cutting the middle man out when you’re looking for a bike to use in a city that’s not your own. I hope that more people can get the same joy I got out of using this service. This is the true human to human form of sharing bikes. Built on trust and a common love for two wheels.