While I was hanging out with Sony and taking pictures, 3T announced the Strada Pro for $4900. The Pro is layered with a slightly heavier frameset and ships as a complete bike with SRAM Force 1, Discus C35 wheels, a San Marco saddle, and an Aeronova bar. It’s a 1x aero road bike at a much lower price.

As shared when it launched, the Strada line is an aero road bike designed around a 28mm tire. We rode pre-production units during the launch, but can say with certainty that they are as fast as you’d expect a Vroomen-design to be. 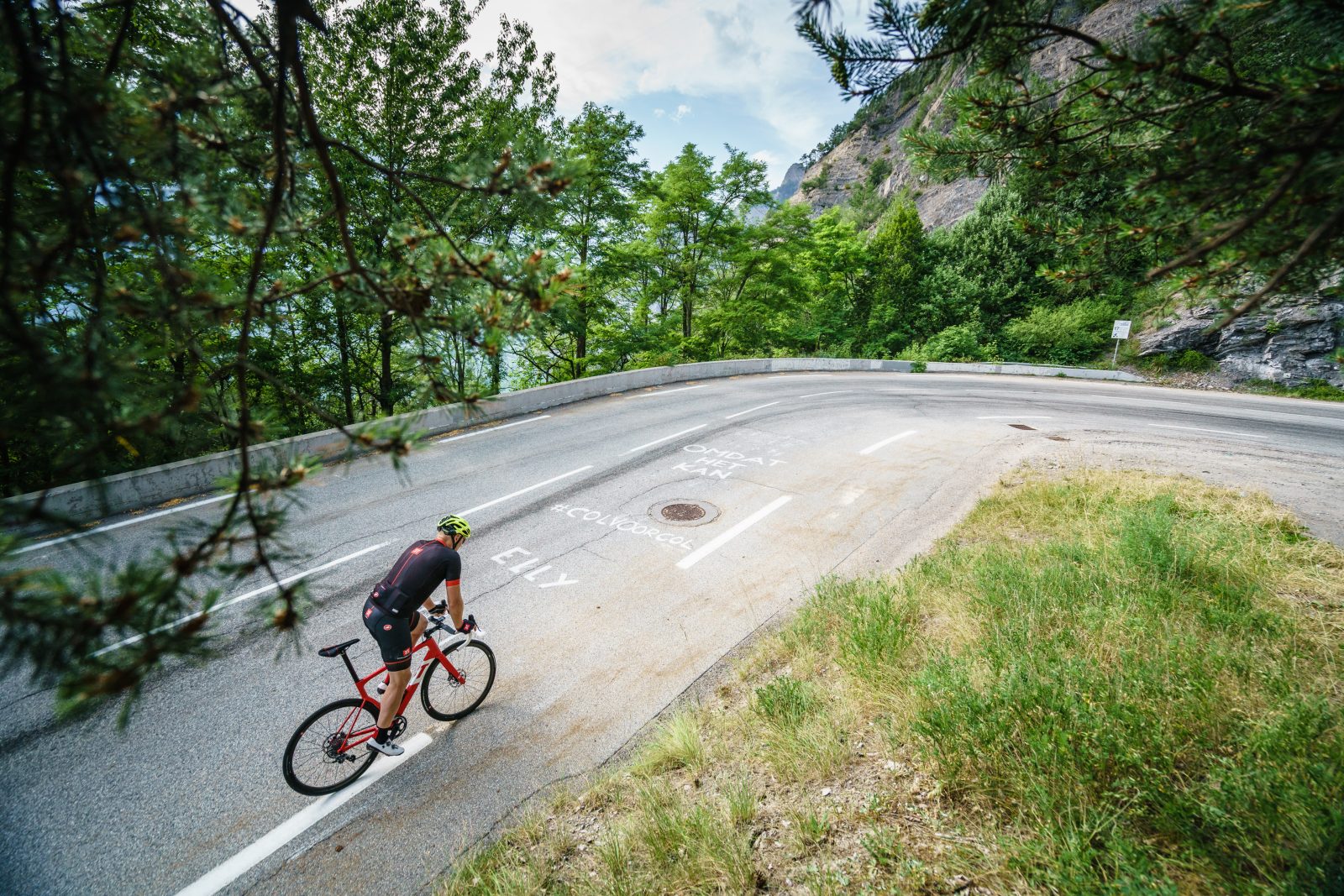 If you’re interested in wider tires, as we are, then the Exploro is the better choice from 3T.

We believe so strong in the Strada that we always wanted to offer it in multiple version,” explained Vroomen in the press release. He continued, “An important part of this is offering a complete bike at a more affordable price.”

For comparison, the Strada Stealth costs $4000 for the frameset.

What you need to know is this is an aero-road bike with 28s and not for gravel. It’s for road but with all the benefits of a wider tire. And, the design anticipates 1x for road getting and update to 12 cogs. While there is considerable range with 1x, the jumps are still upwards of 21% and that lacks the “feel” of a 2X drivetrain.

The frame was incredibly difficult to make, the fork even harder, and when it was finally all working and ready for production, one giant question remained: Would anybody want it?

Yes they do and the 3T Strada Pro seems like the bike Cino Cinelli might have designed if he were alive today. Bold, forward-thinking, and running ahead of market safety. Not saying that the Strada is the future, but there isn’t anyone else taking such risks.

It’s also reminiscent of a Hooker and the Walser time trial frames that Gerolsteiner used in the ’00s and the FES bikes the German Olympic teams used. Specifically the low profile fork height and obsessive reduction of cross area. Some aero bike designers have swooping shapes and bulbous forms while other designers decide what items have to be present on a bike (bottom brackets, headsets, brakes) and then minimize them as much as possible *before* they start streamlining them.

The Strada is in the 2nd group and includes the drivetrain. In something of a first for a smaller company too, the bikes are available to ride today.

In the Seattle area, that’s from Metier.