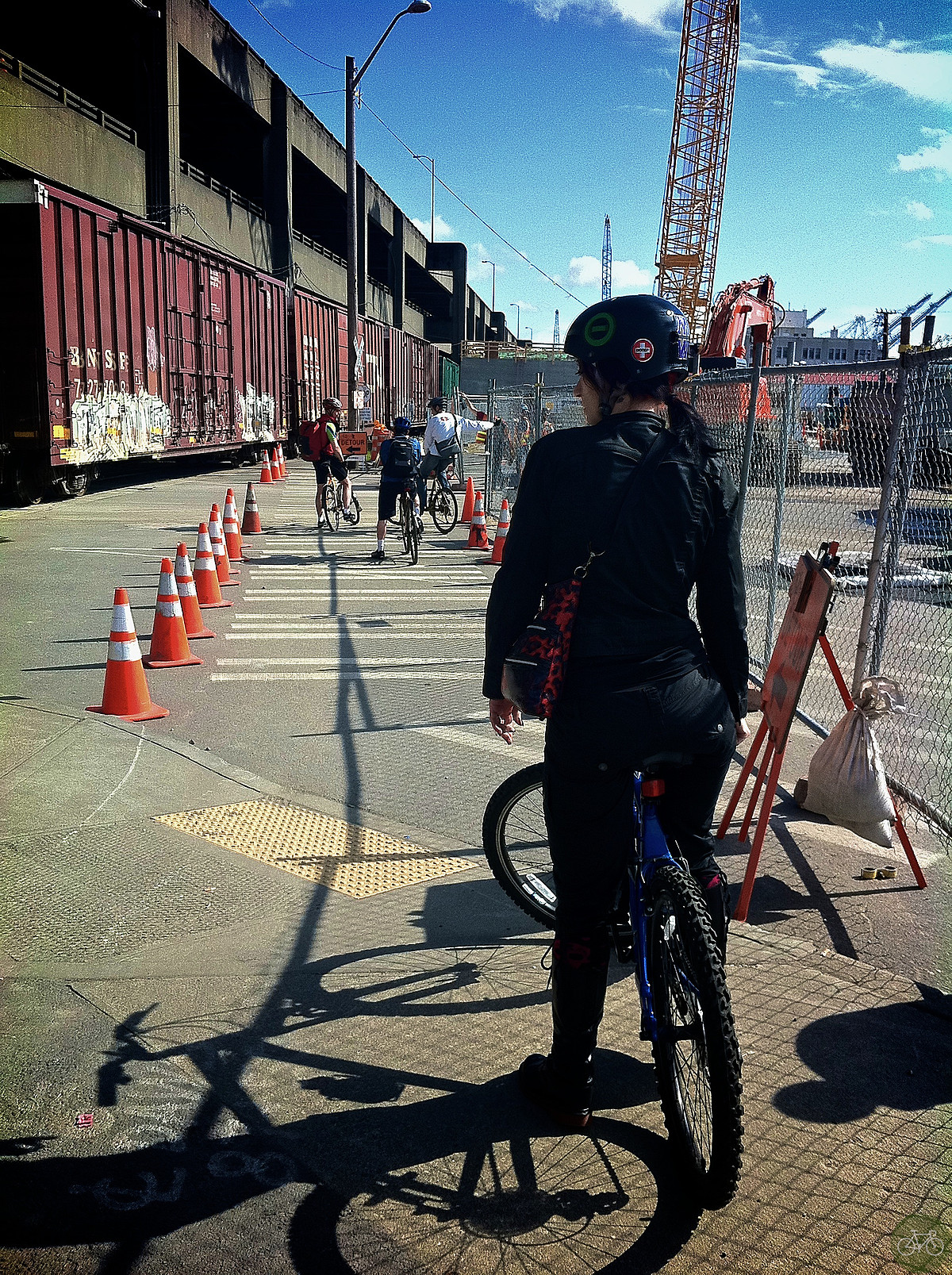 As if all the Lance Armstrong doping news wasn’t depressing enough, a new study finds that Americans aren’t walking anymore and cycling has stagnated. This despite active online communities promoting exercise (such as this one, Livestrong, etc.), the popularity of fashion-friendly Cycle Chic, and the bike appearing everywhere in pop culture.

Research shows that walking has increased only slightly and cycling has stagnated during the past decade. Both activities have decreased among women, children and seniors…

We’ve noticed this ourselves in different posts calling for a new approach to advocacy, the need more infrastructure, and the lack of focus on safety.

What struck me was the social inequity,” said Pucher. “Most of the increase is in middle-aged men. That says we’re doing something wrong in the United States.”

He believes American resistance to active travel has more to do with safety concerns than suburban sprawl.

Getting more people on bikes isn’t about just encouraging riding in plain or fashionable clothes. It’s not about riding without helmets either, but overall safety and both urban and suburban infrastructure. David posted on that last month when he attended the New Amsterdam Bike Show. Safety concerns are what I hear about the most from noncyclists. 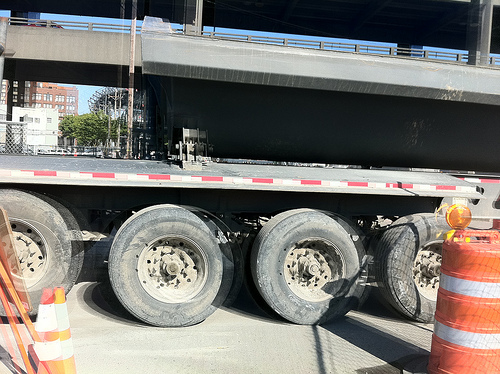 Having published this blog for several years now, we want to stay upbeat, positive and be bike “huggers,” but on Bike to Work Day this crossed my path on the Alaskan Way gauntlet. 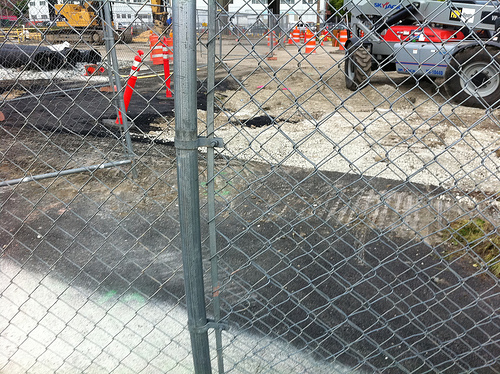 The same route now has randomly closed gates and fences that abruptly push cyclists out into traffic.

That traffic is coming off of a ferry or getting onto highway 99. We formed an ad-hoc peloton of way-seekers, until one of us figured out the route

Oh! You want us on a busy off/on ramp road and crossing two lanes of traffic to head North. Got it.

Besides lack of infrastructure, we’ve got baby-boomers running the bike industry and the only marginal increase in new cyclists are white, male baby boomers. Then when asked Americans say, “we’re afraid to ride in traffic!”

Editorially speaking, it’s time to stop romanticizing Copenhagen, Amsterdam, and focus on the problems we’ve got here in the States. The industry should innovate with better marketing and killer apps instead of carbon layup that sells the fitness fantasy. Matt was disillusioned by the leaders of the Bike Industry at Sea Otter when he wrote:

I feel like every challenge we heard facing the industry could have been turned around into a positive but that most of the industry seemed reluctant to change. I got increasingly frustrated by some of the responses of company presidents from major manufacturers that I swear one of these days I’ll publish a manifesto on Bike Shop 2.0, how to build a bike shop that uses the internet to its advantage, adopts used bikes, and caters to non-riders

It’s true and sadder than another witness testifying against Lance.