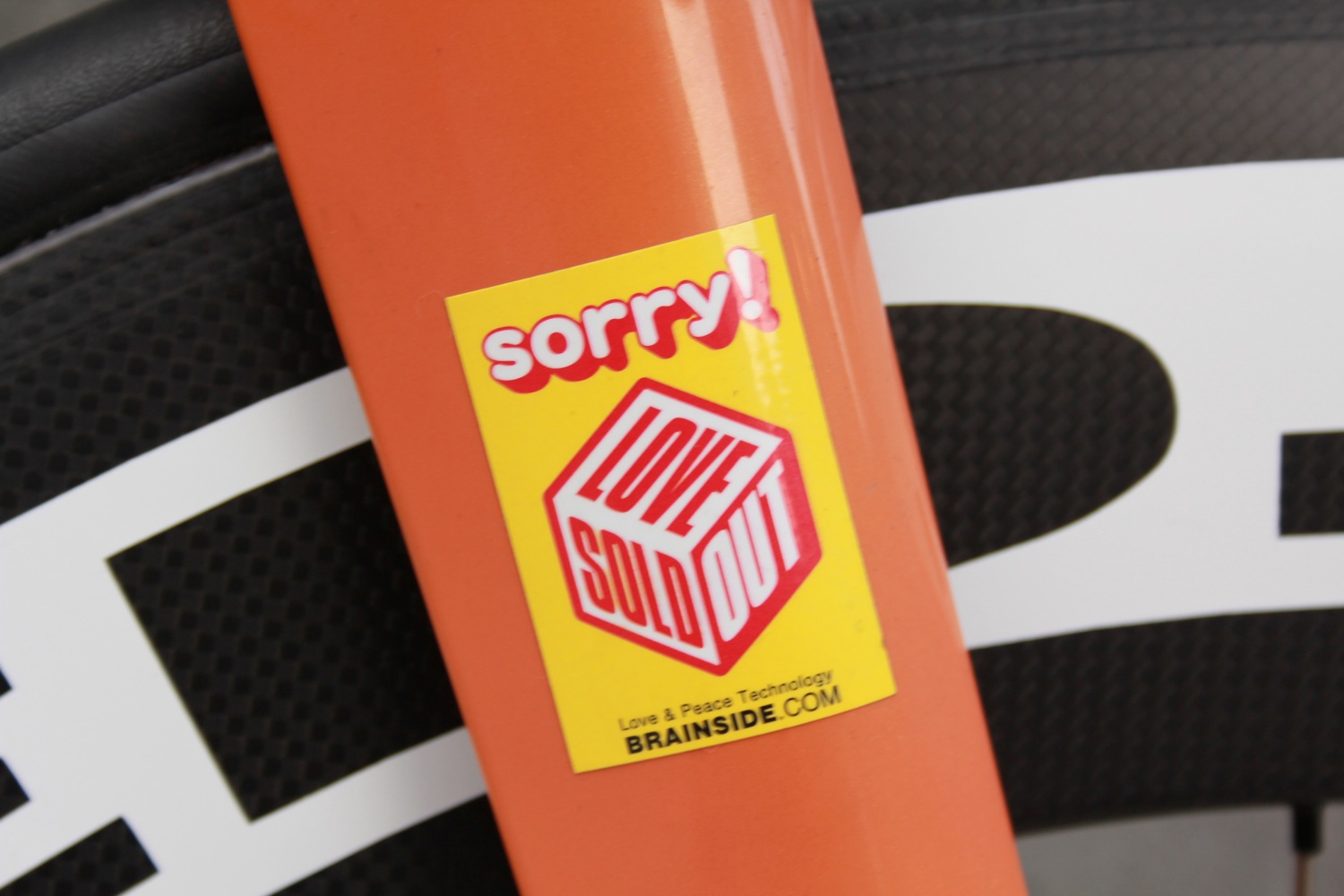 Ride some regular alloy wheels and stop bitching. This is a Gran Fondo ride, which means “club race” to the hammerheads and “participatory event” to everyone else. If you fancy yourself some kind of road warrior who “needs the best” when it comes to equipment, then get the best: carbon tubular wheels. They are lighter, stronger, and faster for any given price point.

Byron has asked me a few times about Levi Leipheimer’s King Ridge Gran Fondo having what effectively is a ban on carbon clincher wheels. Byron was saying that it was unprecedented that organizers would dictate what equipment riders could bring to a ride. On the contrary, as a mechanic at a shop, I on occasion have customers bring their bikes in for a tune-up right before some organized tour, and they have lists of parts they must bring. The Gran Fondo organizers are essentially doing the same thing.

What are carbon clinchers? They are wheels that fit clincher type tires and have rims composed of carbon fiber and DO NOT have a metal braking surface. Carbon rim wheels were originally only compatible with tubular tires, which are much easier to accommodate structurally because they are simply glued onto the rim’s perimeter. However, both gluing tubular tires and dealing with flats are not very beginner-friendly. Carbon clinchers have promised to eliminate those two drawbacks while still delivering the lightweight and (often) aerodynamics of carbon tubular wheels (for a steep price). The problem comes from the fact that the clincher’s sidewall must function as both the braking surface and the structure that resists the clincher tire’s internal air pressure bursting out sideways. It’s not that difficult to build a clincher rim that can do that for a static wheel, but the harder and longer you use the brakes, the more friction is applied to the rim’s braking surface. This happens to both metal and carbon fiber rims, but a carbon rim builds up more heat and sheds it poorly compared to aluminum. For heavy rider on a hot day, riding a long descent, and perhaps amongst a congestion of riders, that carbon clincher rim might see temperatures in excess of 300deg…hot enough for the resin holding the carbon fibers to crap out. Plus the tire’s volume of air absorbs a portion of the heat, increasing pressure. Combine the two and the rim could fail in a big, bad way.

The key to alleviating this problem is finding the right resin that is both tough and heat resistant. Zipp, a subsidiary of SRAM Corporation, has invested much into developing a carbon clincher version of their Firecrest series racing wheels, but many other brands are simply buying open-sourced rims out of Asia to produce their own “wheel system.” You can’t know for certain how well those wheels are going to hold up, and frankly, I wouldn’t bet my life on Zipp if I was a big guy in that hot descent scenario. The Gran Fondo organizers have seen the problems in the past, so they are telling riders to leave the carbon clinchers at home this time around. Apparently, on the registration form, there is a box on the waiver that you must check off indicating that you are aware of the carbon clincher policy.

So here is my opinion. Ride some regular alloy wheels and stop bitching. This is a Gran Fondo ride, which means “club race” to the hammerheads and “participatory event” to everyone else. If you fancy yourself some kind of road warrior who “needs the best” when it comes to equipment, then get the best: carbon tubular wheels. They are lighter, stronger, and faster for any given price point.

But Mark V, I can’t handle all the gluing and what will I do if I flat? I don’t have a team car following me with spare wheels like those Tour Dee Frants riders

Well then, Sparky, learn how to change them yourself! Even Eddy Merckx didn’t have a team car following him on every training ride, and the old pros only trained on tubs. Besides, the Gran Fondo isn’t supposed to be a race and finishing first isn’t going to get you a pro contract. You can stop obsessing about being among the top thirty fastest accountants on vacation.

I read the Brand X’s website and it strongly implied, without giving any guarantee admissible in court, that I would be as safe on Brand X’s carbon clinchers as if I was in my mother’s womb, if my mother were sitting in an air bagged Volvo, parked in a Cold War bomb shelter with a “Baby on Board” sign on the door. Thus, I must protest the unfairness of the Gran Fondo banning my $2.5K wheels. Alloy wheels would so not match the carbon weave of my Colnago.

Look, I said that some brands are better than others, I didn’t say that the carbon clincher issues were cured. There is no industry standard test for these wheels, and it’s not for the Gran Fondo to create a testing program to see if your wheel will be safe. Maybe there will be a day when materials science and engineering can largely reduce these issues, and maybe a handful of manufacturers can rightfully claim some progress. But there is such a concept as choosing the right tool for the task, and carbon clinchers are not the ideal choice for the parcours, regardless of how much you want to believe advertising. Levi’s Gran Fondo ride is likely to produce the very worst conditions for carbon clincher safety. Why can’t they make a blanket rule for the sake of safety? It’s in their best interests to reduce the possibility of a serious injury, from both a marketing and liability standpoint. And maybe they need to step up and do it because riders won’t police themselves from using unsafe equipment if that equipment is desirable and cool. More consumers than ever before will be buying and riding carbon clinchers, and more will be coveting them. If some tool showed up for the Gran Fondo on a beat up Huffy, the Lycra Mafia would run that poor sod straight out of town. But show up on carbon clinchers, and it’s all Huzzah, I wonder if I can get those from Competitive Cyclist.

Anyway you want to cut it, carbon clinchers are luxury goods. No one is going to be financially burdened by this ban. There are plenty of competitively light, alloy-rimmed clincher wheels that go up and downhill better than most carbon clinchers. They probably won’t match deep-section carbon clinchers when you factor in aerodynamics, but the Gran Fondo is neither flat nor a time trial. Going uphill aerodynamic wheels are no practical benefit, and if the roads were open and straight enough to allow you to really use the aerodynamics on the descents, then we wouldn’t be talking about them getting too hot from braking.

Hey, isn’t Levi Leipheimer a professional athlete sponsored by a manufacturer of carbon clinchers. What’s up with that?

Why would they ride on those roads anyway, if they think carbon clinchers are unsafe?

If you are going to ask that question, you may as well ask why the French couldn’t find some smoother, safer roads between Paris and Roubaix. The Gran Fondo organizers are selling an experience: Ride the roads that Levi and pros ride. They are selling tickets to participate on that ride with a large group of like-minded individuals. You want to play, you follow their rules. Ain’t nothing stopping you from riding those roads with carbon clinchers on some other day.