As it was said to me by a Scott staffer,

Nino Schurter is by far the best mountain biker of our generation. He’s the full package. I hope people recognize that we may never see a talent like him in our lifetime!

And, that staffer doesn’t just mean to sell bikes, but grab fans imagination with rides like he just did at Worlds. 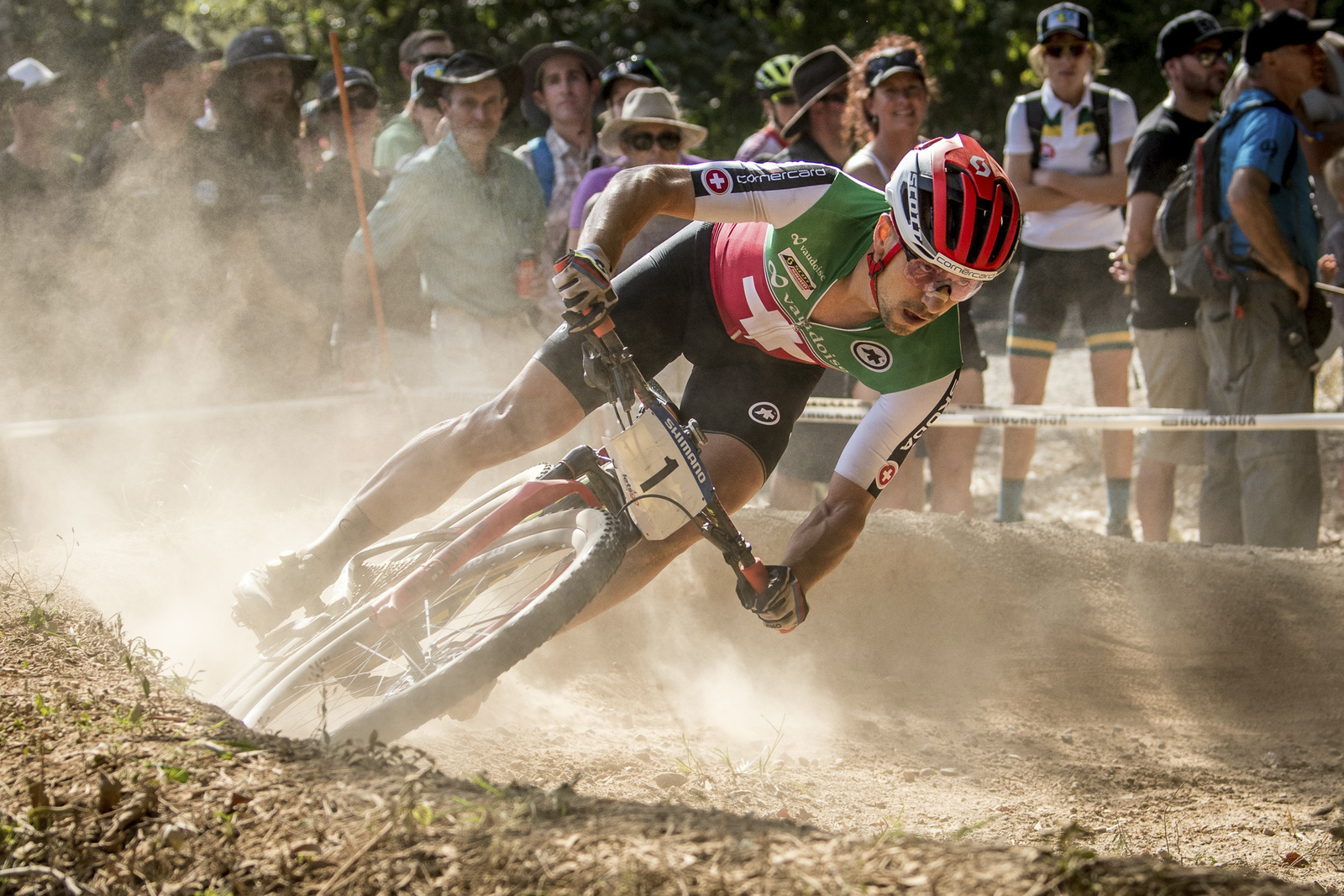 I met Nino a few Sea Otters ago and he’s like the personality presented on TV, approachable, and taking it all in. After we chatted a bit, I noticed this detail on his world-cup winning back. Wins like his are always in the details.

On the win, Nino told the press

First I will enjoy this very moment. It was the hardest battle of this season and I’m just happy I did it again. It really means a lot to me to continue wearing the World Champion jersey. One goal for the future is set: Winning the World Champion title at my home in Switzerland is what I’m dreaming of now and what will keep me motivated for next season.

Just watch how fast they’re going on dirt and read the race report from the UCI. I’ve also included the PR from Scott below.

Three Big Titles in One Season 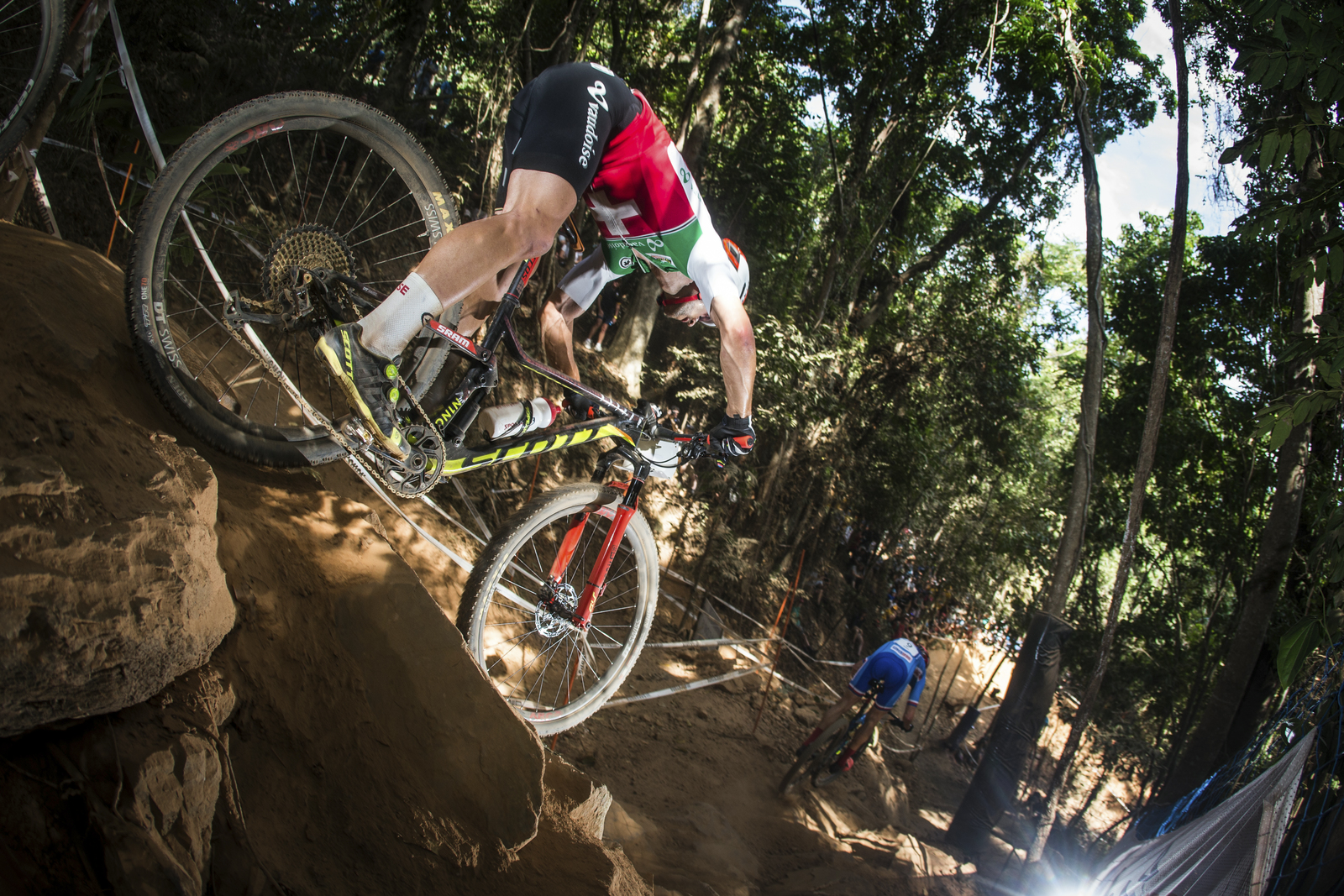 The conditions at this year’s race track in Queensland’s North just out of Cairns, Australia, were extremely dusty. The draught was more of a challenge to the athletes than the heat itself. With all the dust, vision was crucial for those not riding in front. Therefore the start was more important than ever. Nino Schurter made sure he stayed at the front right from the beginning. So did his long time rival Jaroslav Kulhavy. During the the first three laps the Olympic Champion of 2012 set a pace that put Schurter to the test and made it hard for him to follow.

It was Kulhavy who exploded the four man lead group also containing the French Marotte and the Brazilian Avanchini. While the last two dropped back during the race, half way trough the race Kulhavy slowed down a bit. As a result of this the Swiss Thomas Litscher bridged the gap to Kulhavy and Schurter.

The two Swiss and Kulhavy went into the last lap together. Nino knew he needed to go into the last descent in first position. The only issue: there was no opportunity to pass Kulhavy on the uphill. Nino started to get nervous, even produced a rare mistake where he had to put his foot down. However, Nino would not be Nino if he couldn`t manage to find a way to get around Kulhavy. With a 4 second lead after the downhill, N1NO raced to the finish line to defend his World Champion jersey.

At the finish line, 7 seconds finally made the difference between Nino Schurter and Jaroslav Kulhavy. This was the second closest finish of all times. 2009 in Canberra- also in Australia- the same Nino Schurter beat the dominator at the time Julien Absalon by less than 7 seconds. Other side note: 21 years later Nino Schurter claims the title at the same venue his SCOTT-SRAM team manager Thomas Frischknecht won the XC worlds 1996.