E’RRBODY knew this was coming right? A dropbar mountain bike with Fox suspension. And, Logan VonBokel just dropped it on NAHBS like a hot mic. 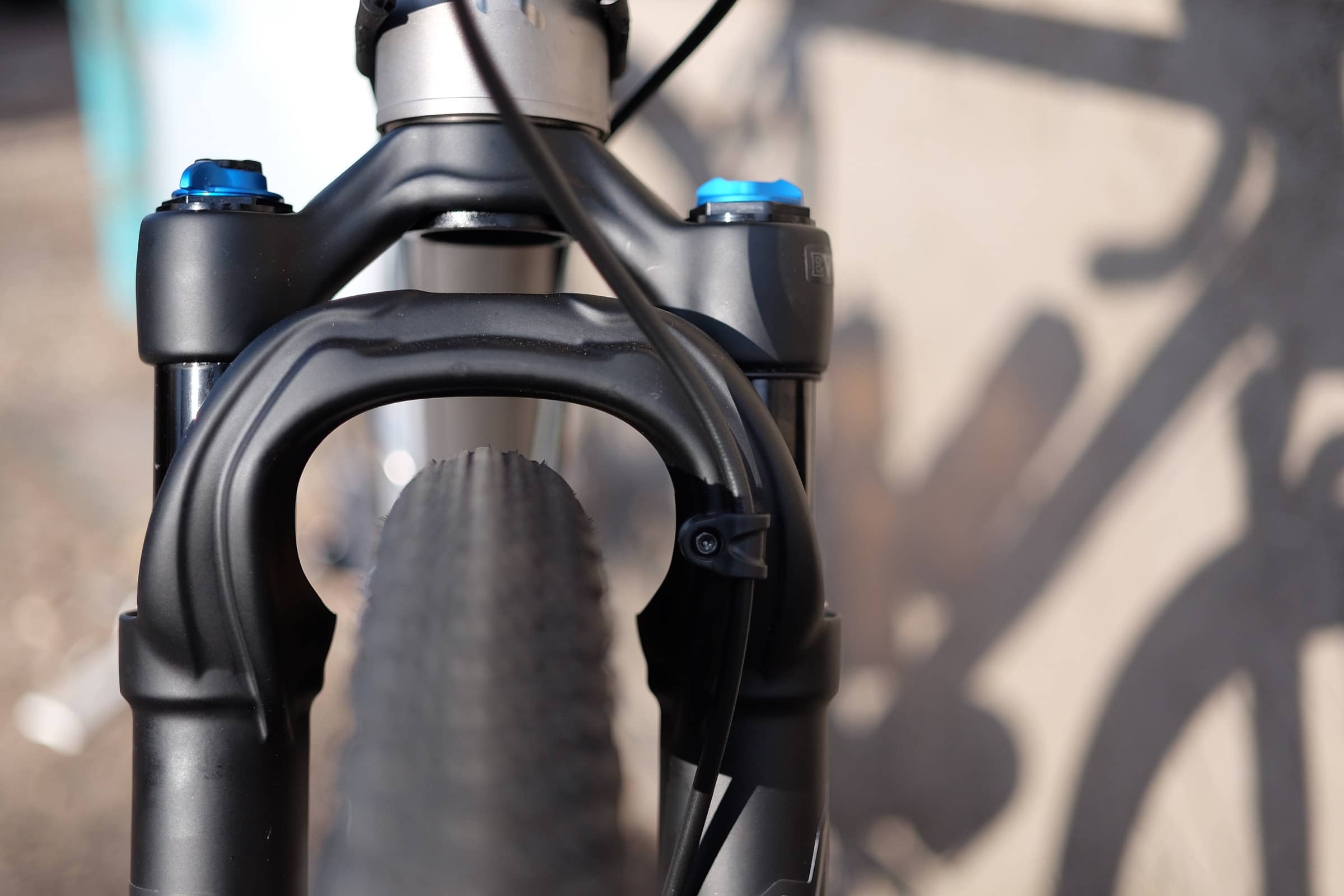 We’re not at the show, but after Mark V scanned the specs he messaged me

It’s a nice bike but nothing revolutionary, per se. Well, the flat-mount brakes keep up with Shimano’s push to that standard. The tapered titanium head tube is nice. I’d like to have seen the geometry charts. The tyre clearance seems like it might be enough for 650B x50mm but the bottom bracket drop on other Alchemy gravel bikes is perhaps on the low side for 650B. I don’t really care about hot-rodded suspension forks that no one can buy. As far as I can tell Fox didn’t really have anything to do with it.

It is nice and what we know now, is that’s a 27.5″ Step Cast Fox 32 that’s been cut down (stanchions) to 40mm of travel, and 44mm offset. And, that means it’s not the actual prototype gravel fork that Fox has hinted at, but a modified mtb fork. Somewhere else at NAHBS, the Fox gravel fork is floating around, and we’re waiting to see if Fox will give the go ahead for full production. When asked about the fork Logan said this

Fox asked Alchemy if they’d have a bike at NAHBS that it could go on, and they didn’t, so I had them make me a bike and now it’s a new model. Stock versions of the Kratos will come with an ENVE CX fork. No word on pricing or if Fox will make a production version. 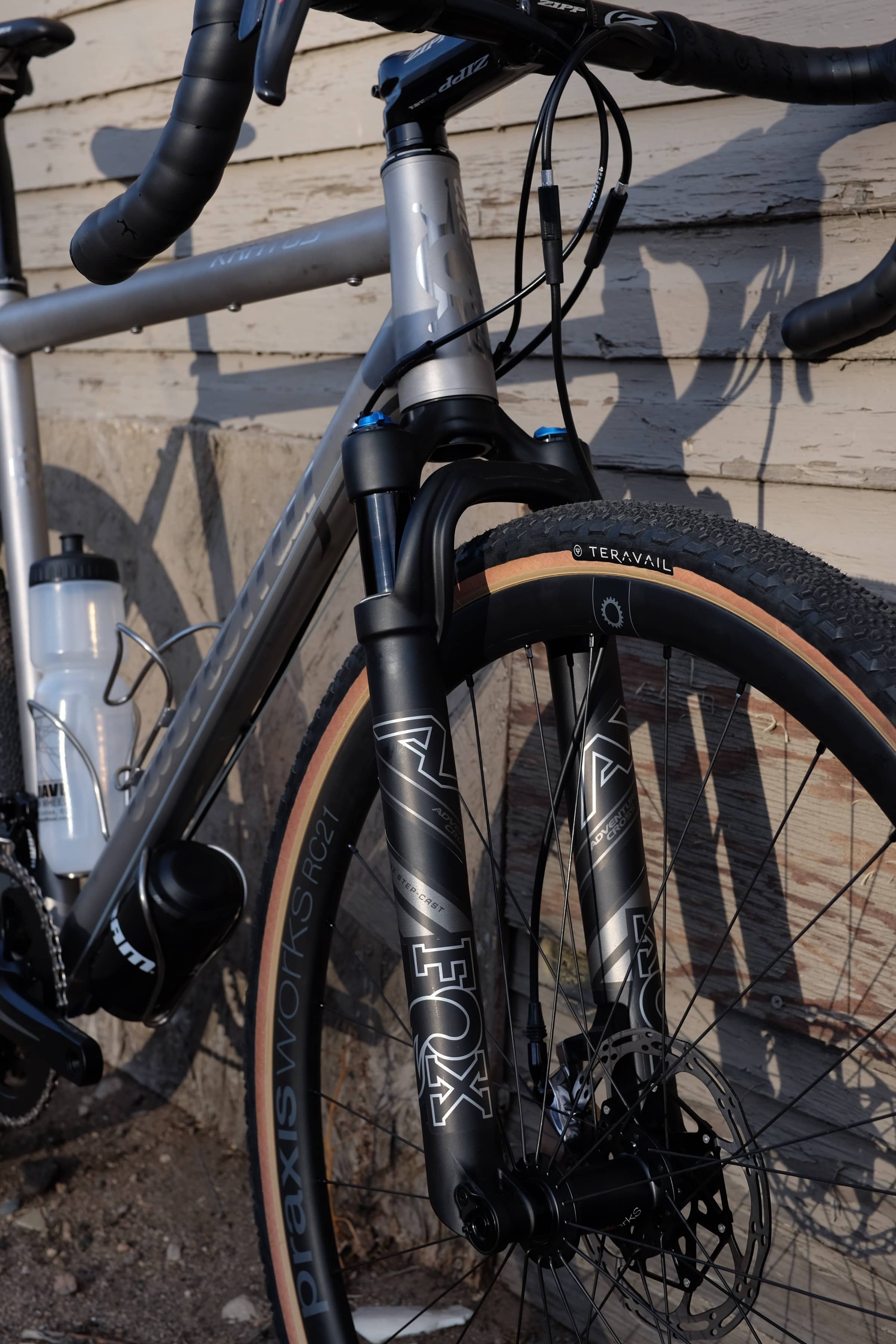 What this does mean is the return of the Dropbar MTB is nearly complete, at least as a mod. All we need is a Tioga disc, like Tomac. There has to be a stash of those somewhere.

At least I hope so. 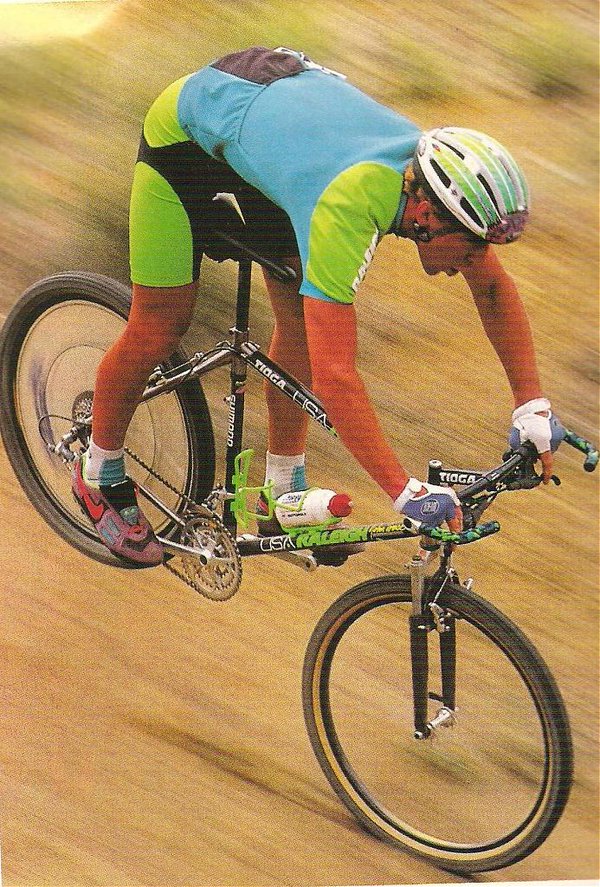 So does my bro O’Grady

.@bikehugger @Foxsuspension @AlchemyBicycles I had a drilled Marzocchi on my ti' Voodoo Loa back in the Nineties. Stupidly, I sold the bike. pic.twitter.com/0zv55SlRiW

Titanium tubing delivers a smooth and predictable ride while still offering point and shoot handling with the stock Enve CX flat mount fork augmenting the stiff front-end. (The Fox fork on the model in photos is 32 Step Cast 27.5” chassis that has been cut down for this application.)

Available as a stock-only offering, the Kratos is also available in 14 different colors from Ethic Paint Works.