The T47 bottom bracket standard has been embraced by many custom builders, and the company that is often credited with its development is now finally offering product. The ThreadFit 47 bottom bracket series uses the same serviceable bearings as the other King bottom brackets, with suitable adapter kits for various cranksets.

To break down the variations, the ThreadFit 47 bottom brackets are either 24mm/24mm stepped spindles or 30mm spindles. For each of the spindle diameters, the bearings are either positioned by the cups inside the bottom bracket shell or outboard. T47 frames come in a range of shell widths, so King apparently has different options for the plastic sleeves between the cups. I dearly hope that King didn’t get cute and create yet another proprietary tool to install the internal bearing T47s. 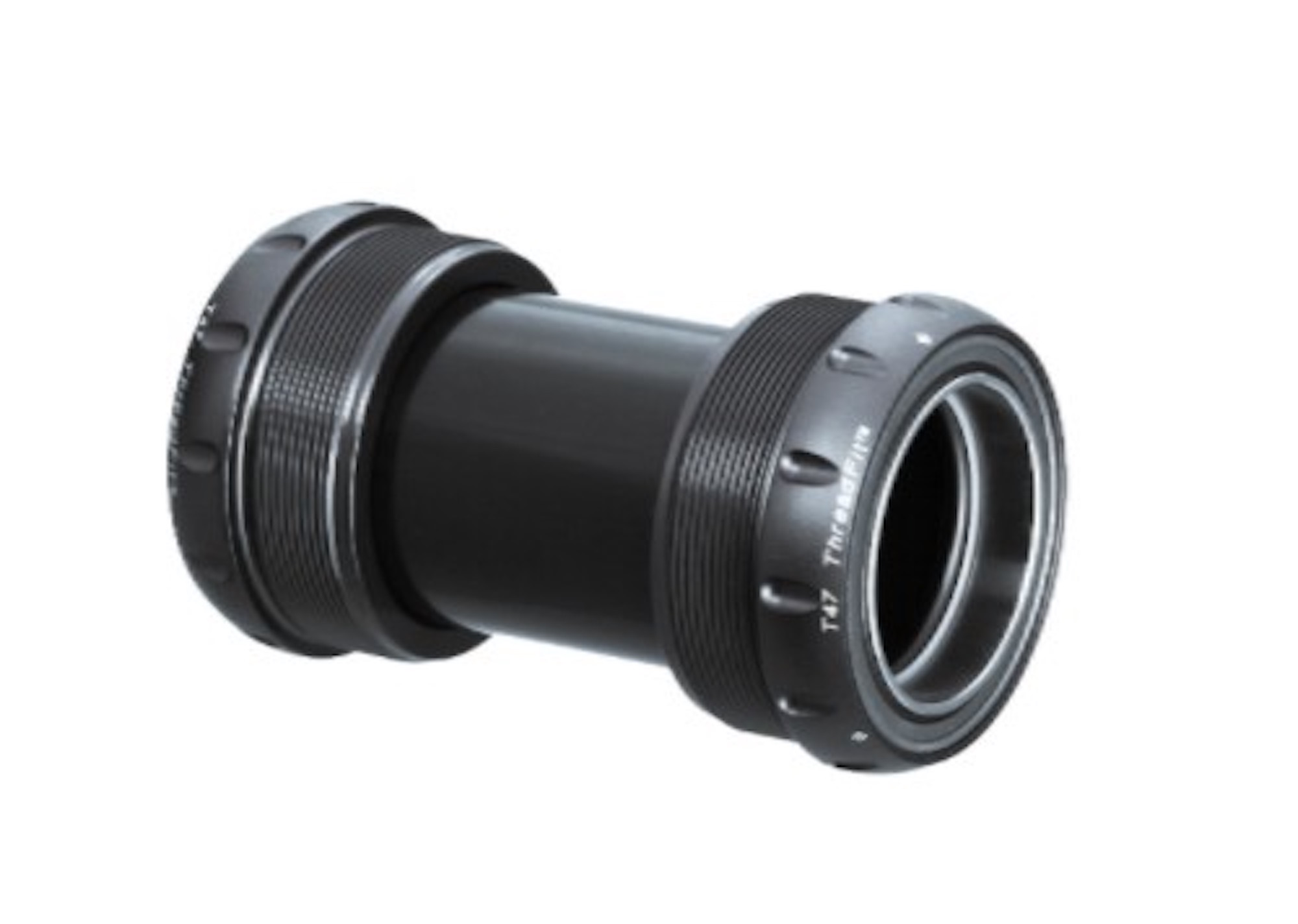 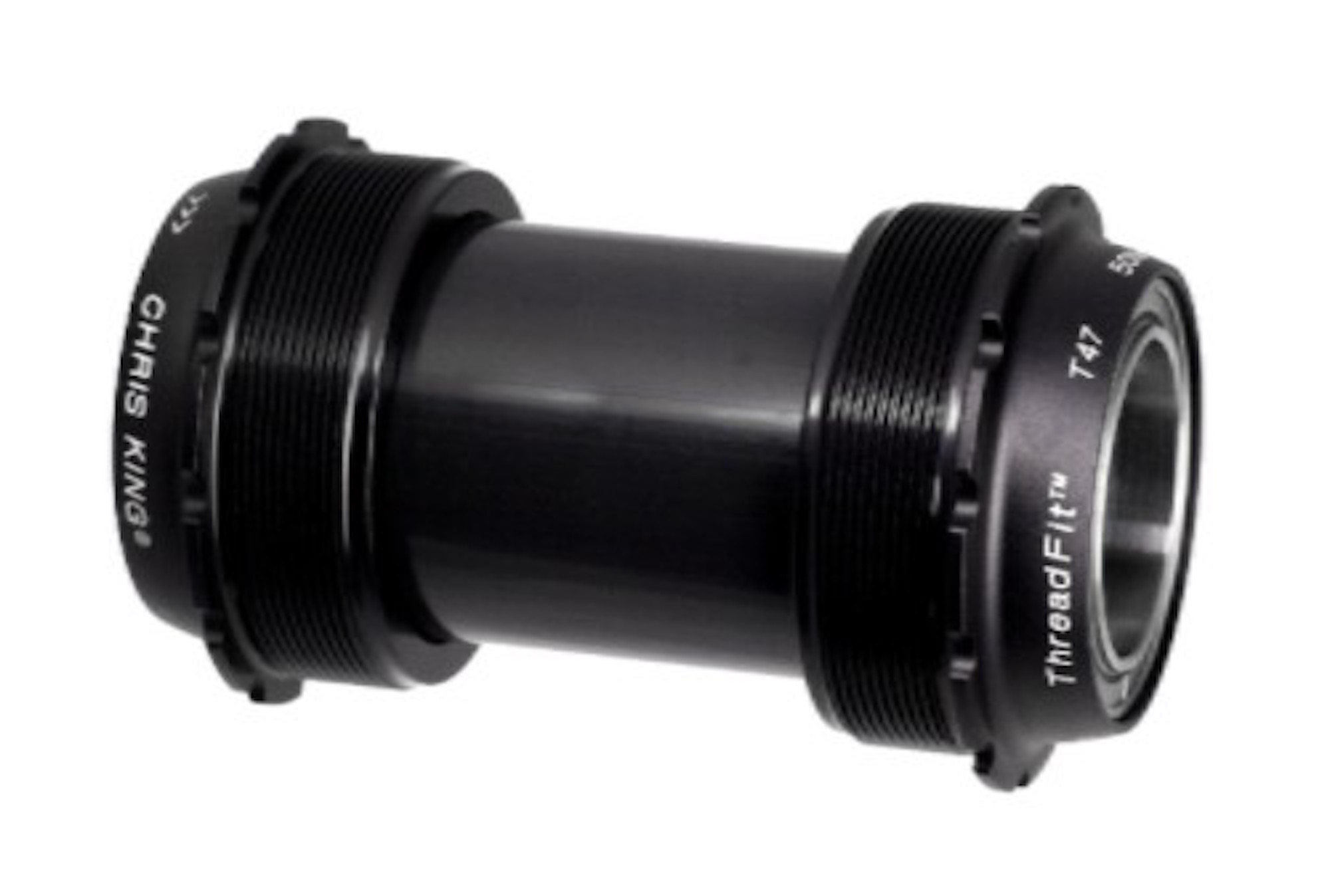 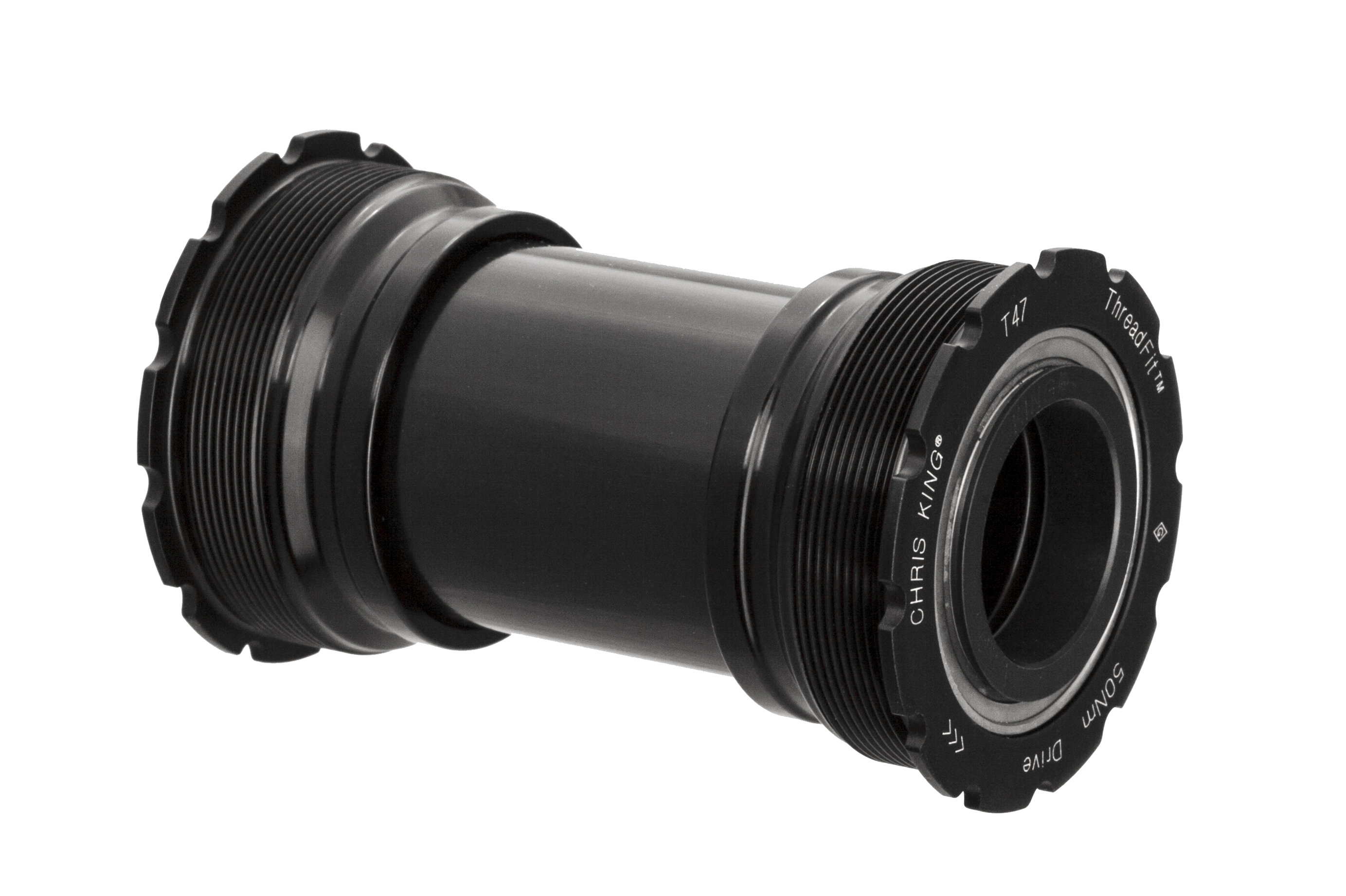 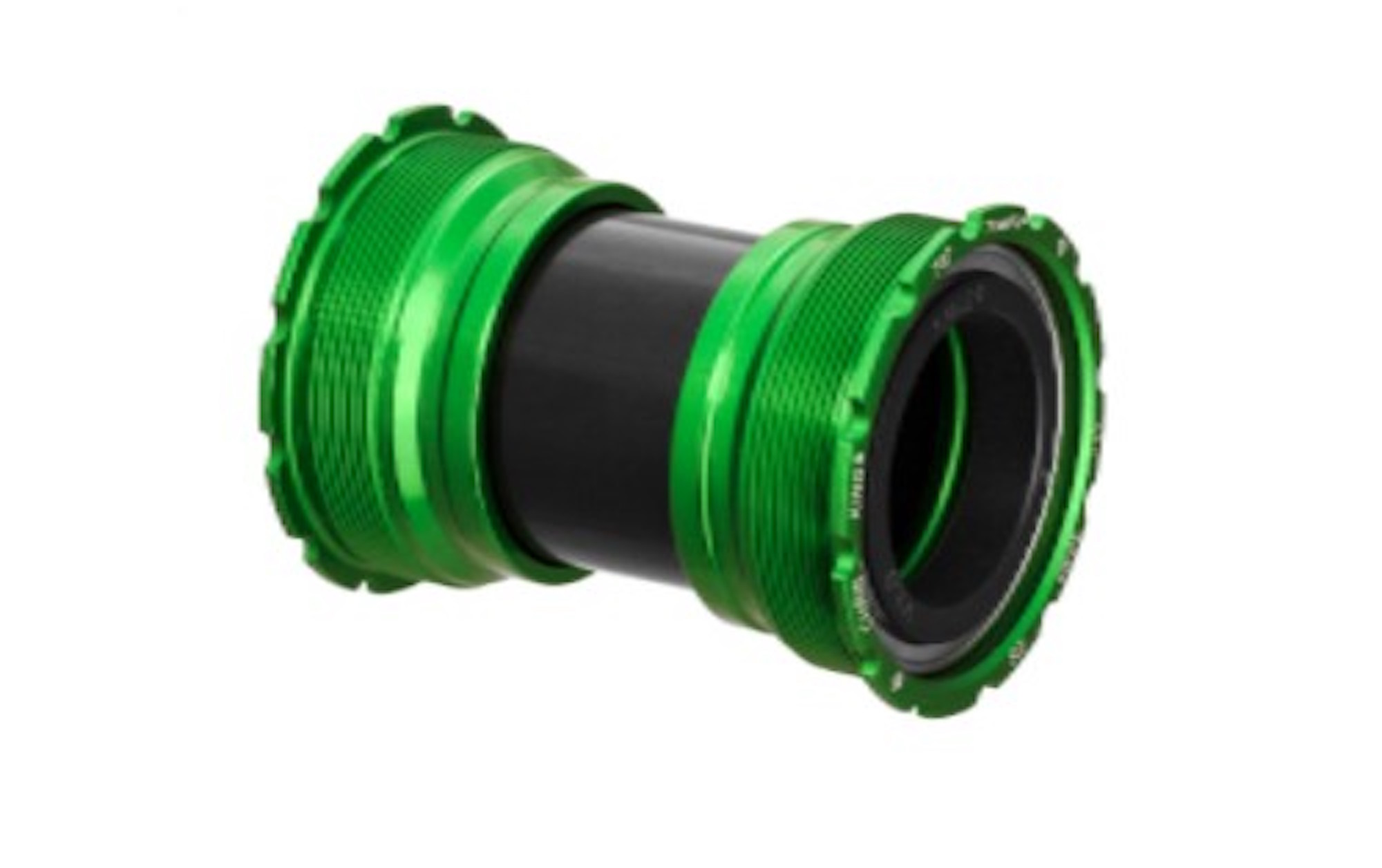 From my own perspective as a buyer/assembler for DKCB, at least four out of five framesets get T47 bottom bracket shells, and most of those will get ThreadFit T47-24i for Shimano road cranks, then T47-30x for Rotor 3D Plus cranksets, and finally T47-30i for SRAM BB30 road cranksets. Although puzzlingly late to the party they themselves threw, the introduction of King T47 product is good news for King as well as us, since in the 12 months since we adopted T47 for the frames we have sold zero Chris King bottom brackets. Other manufacturers such as Enduro and White Industries stepped up to offer T47 bottom brackets, while King only sold T47 bottom brackets to a single custom builder. Now we can finally offer customers a premium option to colour match their King headset and/or hubset.

Speaking of colours, Chris King has been in the process of shaking up their palette options. They phased out green over a year ago, and gold, pink, and pewter production stopped at the end of last year. Today King announces three new matte options that will be offered alongside the standard polished silver, black, mango, navy, red, and turquoise. Personally, I have mixed feelings about the choices. Of course, I’m proper ready for the limited edition matte emerald, and I’m ordering an R45 hubset on Monday, the first day they become available. Lead time might be 45 days, and if you want some emerald too, be sure to order yours by 2017 June 12. But the matte slate (grey) and matte jet (black) are kinda meh. I suppose there might be someone excited about those colours, but I’d rather be able to continue offering gold and pink to customers. After black, those were the most popular choices from my customers, but I guess the 100+ units a year that I ordered don’t represent the market as whole. Although I correctly anticipated green as one of the matte colours, I was certain that some kind of purple would be offered. But matte slate? Boring. 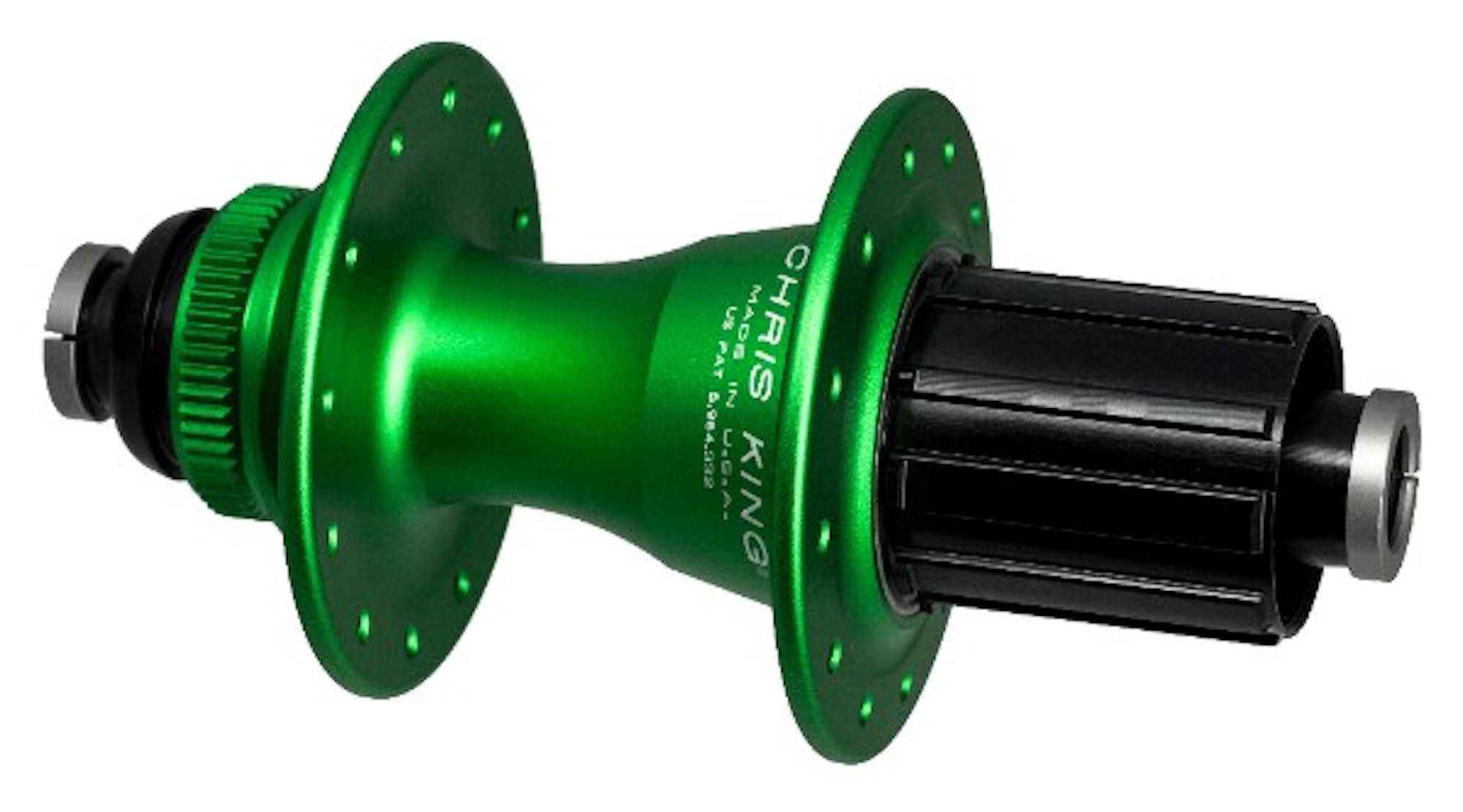 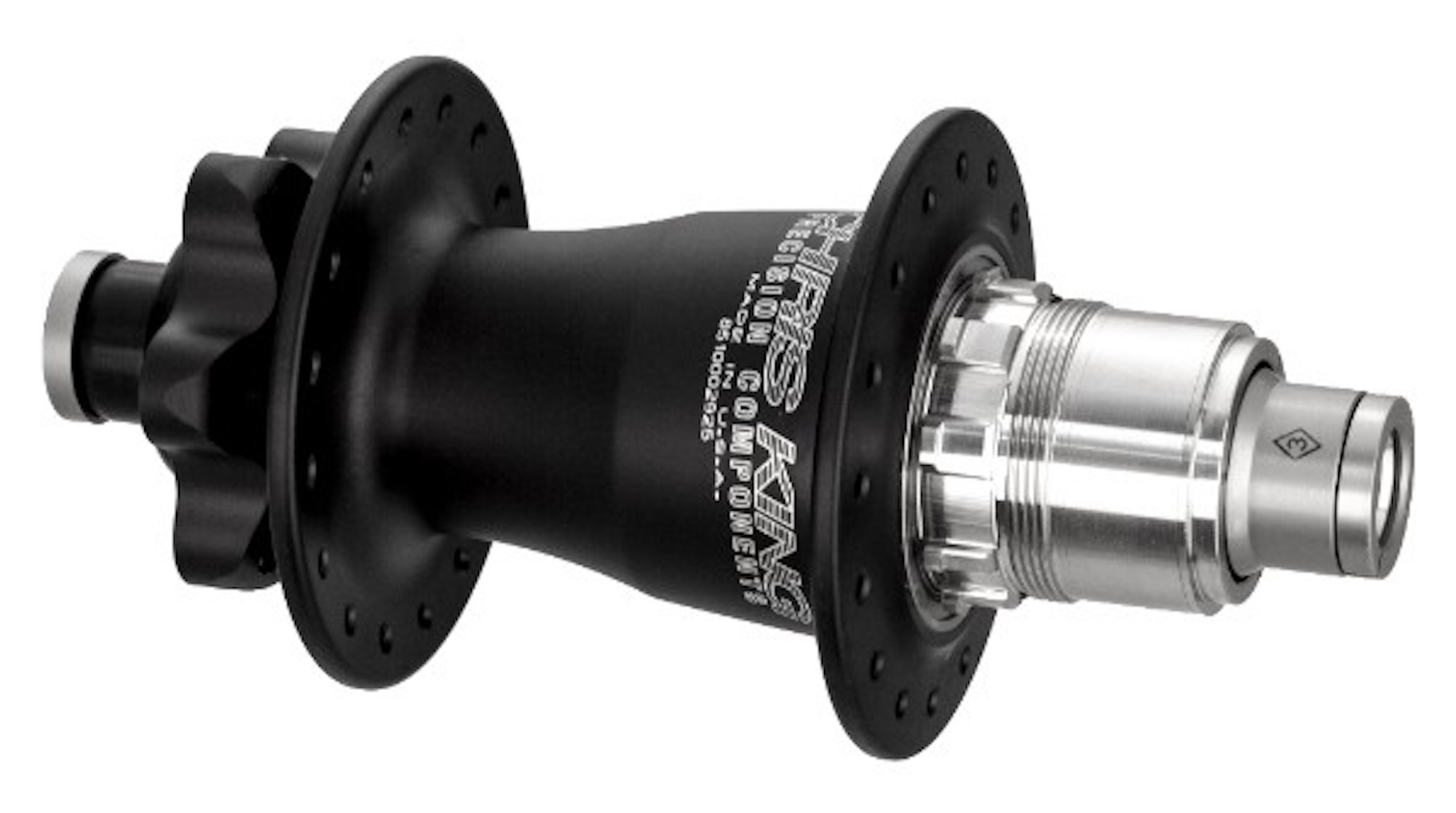