As I shared on Instagram, I was riding a bike on my normal route and see a warship! It was coming into port fast too and without accompaniment.

Turns out, the Nimitz is in port for a change of command and inspection ceremonies before a deployment.

It was an impressive site. I’ve never seen a boat that big move so fast in the Sound. 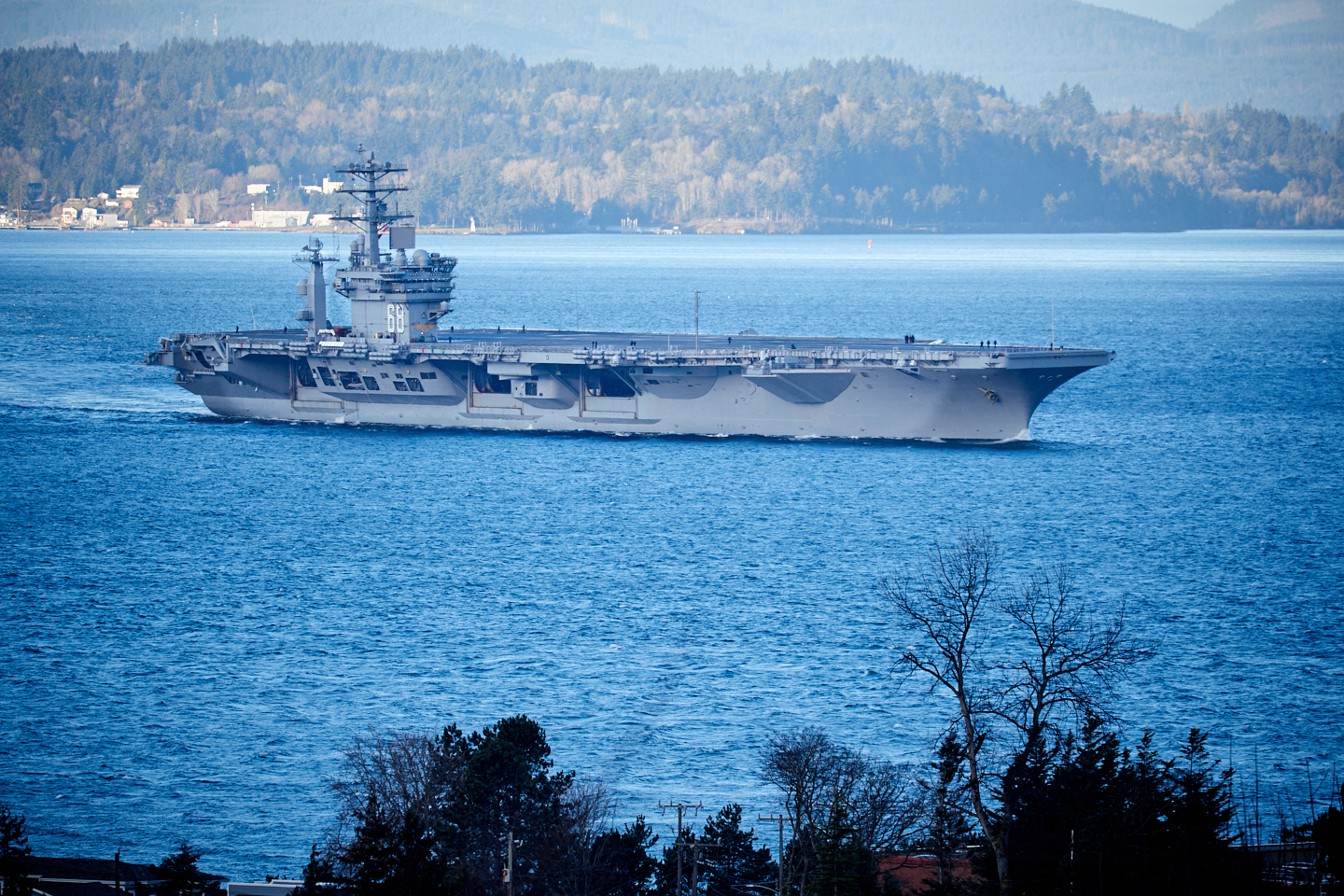 When deployed, the Navy’s newest aircraft the F-35C will land on its oldest carrier. There were no planes when I saw her, but zoom in on the photo and you can see the sailors in their dress blues.

So impressed, I did some reading about the finest carrier ever built and found their motto

I don’t know how specifically fast it was going, but fast enough. Seen many things in my rides and travels, but nothing quite like the Nimitz.

Read about the carrier’s namesake in this book about Admiral Nimitz and the Pacific Fleet in World War II.