Owning every iPhone version since the original, I sat out the 6 upgrade and stuck with the 5s. That’s because carriers ended their subsidies and if I’m going to purchase an unlocked phone at full price, I require a bit more of a bump in features and functionality.

Considering the record rain we’re having in Seattle, waterproofing the 7 is enough of a draw to upgrade…it’s faster, thinner, lighter, a better camera, and most noticeably has a much brighter and more readable screen.

Despite the confidence Apple’s stormy-weather ad suggests, I’ll NOT attach a phone to a handlebar and ride. I have computers that cost a 3rd of the price for that purpose and connect to the phone with Bluetooth, like the excellent Leyzne. 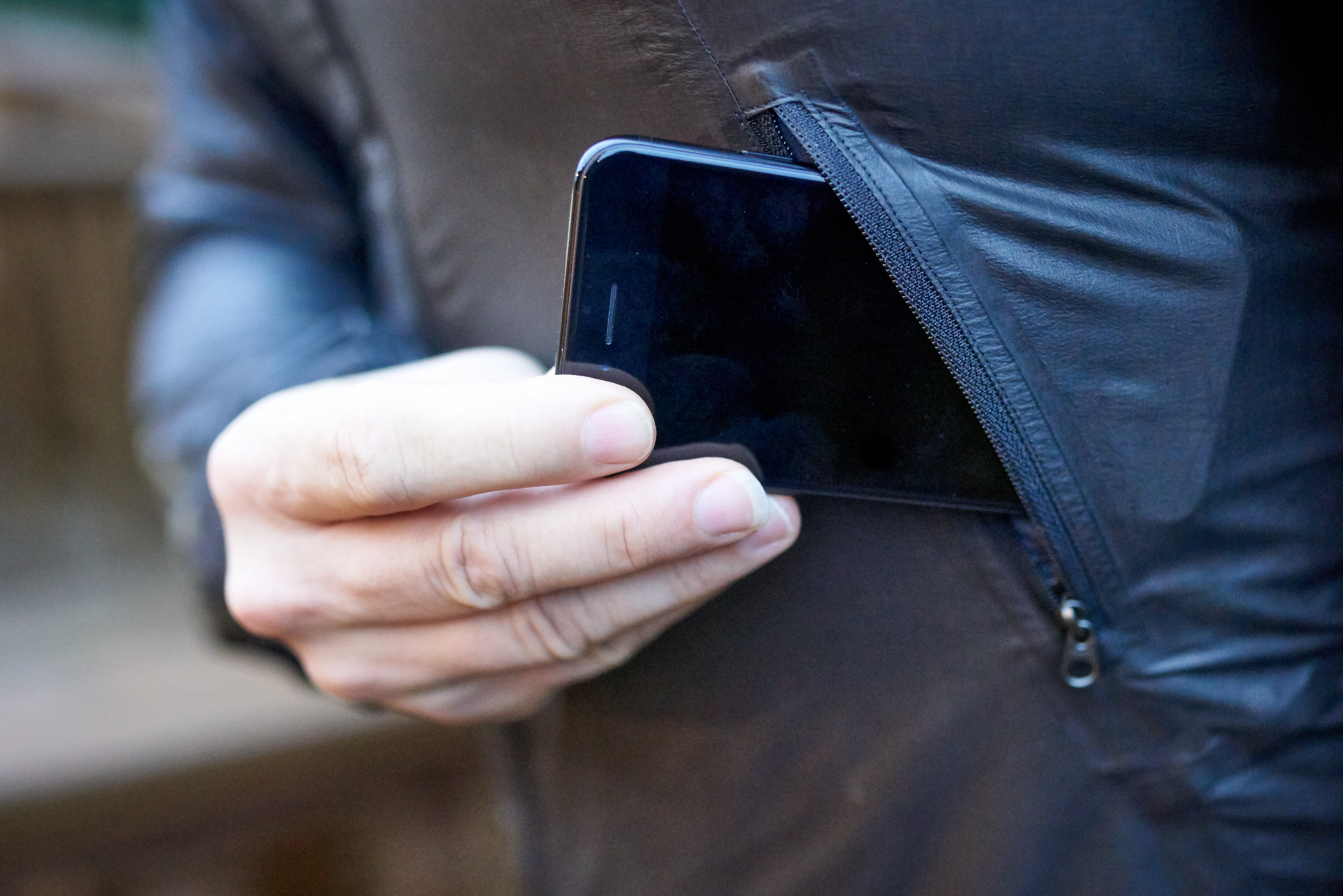 The current crop of winter jackets in on review and covered in Issue 41 have tape-sealed pockets and the latexy GORE-Tex ONE jacket has a well-positioned napolean pocket for a phone.

This weekend, we rode in a storm and there was no water damage—the iPhone 7 is rated for 30 minutes submerged. That’s a relief for sure, as I used to wrap my phone in a plastic bag and close it with Clip-n-Seal. Now it’s in a pocket and much easier to get to, not wrapped up like a sandwich. Snugly fit beside my chest, the new haptic engine in the iPhone alerted me to texts and calls far better than the 5s. With the faster process and memory, it’s also snappier, and the iOS 10 fluidity is even more fluid.

I took a few photos too and the phone got wet.

It turns out, I ordered the wrong-sized case for the phone (Thule Atmos cases are what I use and recommend), so I’ve been using it all weekend without scaffolding. Thinking it was gimmicky at first, I found the haptic vibrations (recreates the sense of touch by applying forces, vibrations, or motions to the user) engaged the user experience even more. They are so subtle, I’d have never known they were there muffled inside a hardshell case. 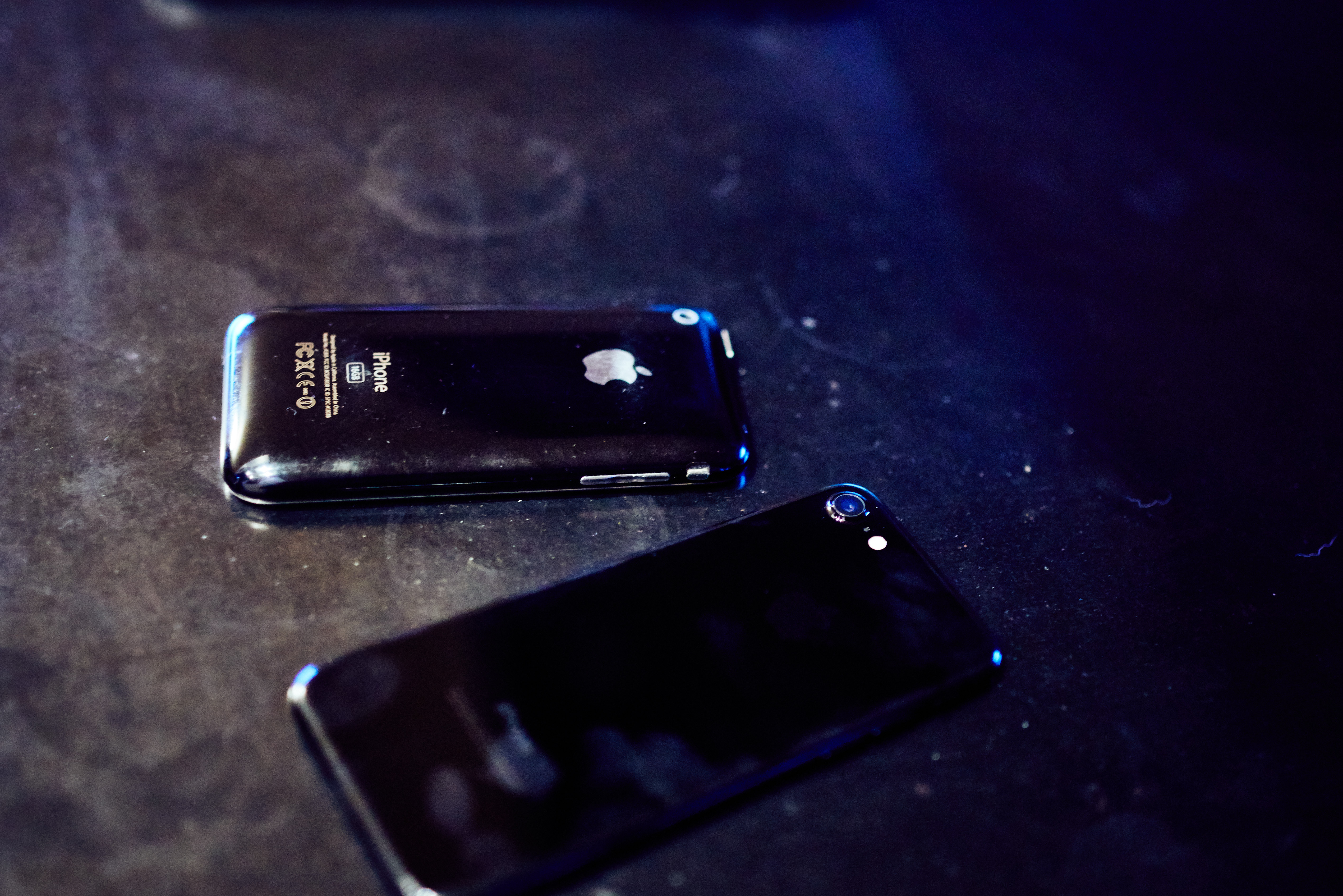 I opted for the jet black finish and even if Apple isn’t saying so, that’s an homage to the first iPhone that featured a black piano back. The piano finish was just like the Sony-Ericsson T-616 — I kept that one too. And, has the best in-hand feel. It’s far less cold and industrial than the 5s that’s wrapped in a metal band.

Just like gear, bikes, and cameras brand name products are all so good now, don’t see the point in a shootout. For comparison, my friend Jason from Techcraver owns a One Plus 3 (on Amazon for $479.00) and raves about it. It’s not rated as waterproof, but manufactured with such tight tolerances it should be ok for more than a few rain drops.

Just not for 30 minutes submerged or caught out in a squall.

The iPhone 7 unlocked and SIM-free costs $749.00 from Apple or a carrier. It’s rated to IP67 which is totally protected against dust and protected against the effect of immersion between 15cm and 1m. The Thule Atmos X4 case is $49.95 on Amazon and ships free with Prime. It’ll add drop protection to the iPhone and protects the screen.

Read more about riding in the rain in Issue 41. It dropped last week on iTunes and the web.