The most humorous part about this shoot was Elvis said in a Southern drawl, “Hey aren’t these bikes the ones that fold?” 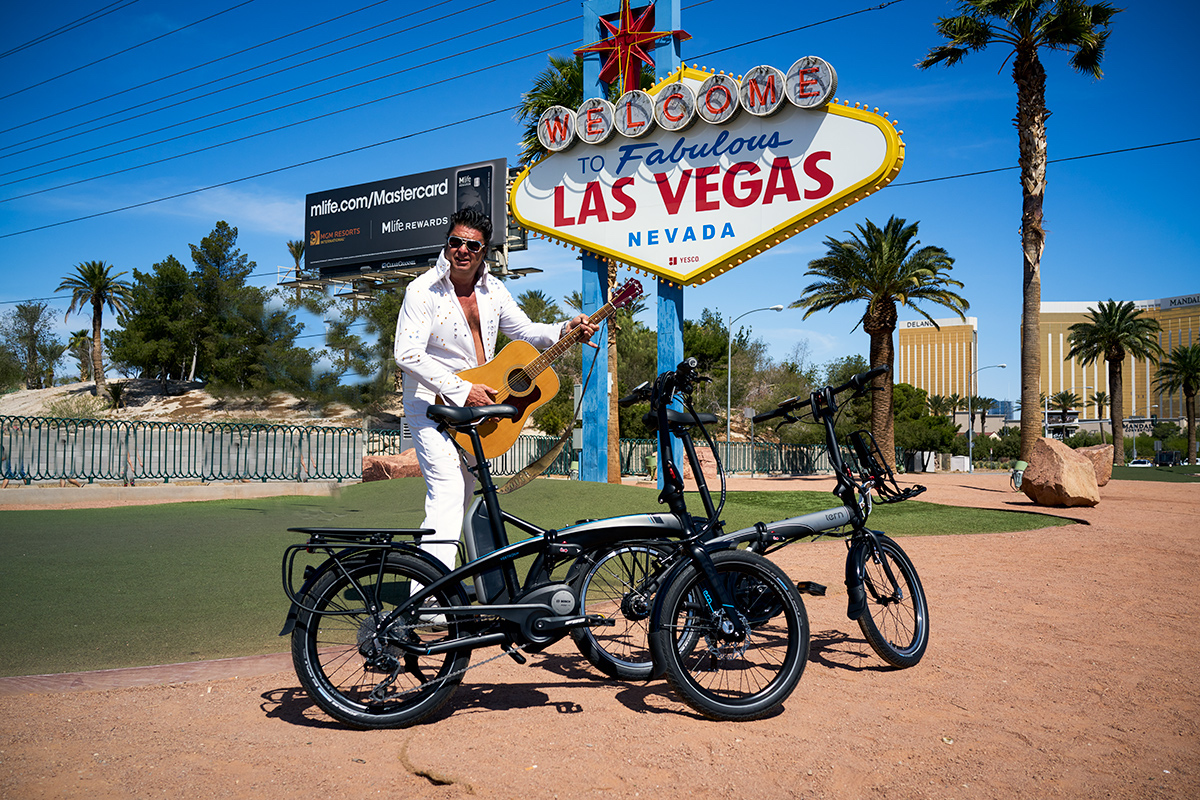 I’m in Vegas for NAB, the National Association of Broadcasters tradeshow, and Tern joined me for a quick ride. Tern just happened to be in Nevada for a dealer tour and with a couple bikes that have sold out the first run. The Vektron (the named was changed from Elektron last year) and eLink D7i (the budget model) are they’re e-bikes and are popular as last-mile solutions, meaning for commutes. I rode the Vektron at the Mobile Social last year and what I like about it is the balance—the mid-mounted Bosch system has equal weight distribution so the bike feels stable and quick.

Of the two, if within your budget, get the Vektron at $3,400.00. It’ll replace a car and these bikes are the ones that fold.

If you’re interested in what I saw at NAB, my take on the camera biz, read the Sony Mirrorless Pro, The Mirrorless Pro, and my weekly column for Digital Photo Mag. I’ll post stories by the end of the week; including, the a9.