Today UPS announced the first eBike deliveries in the US. UPS began sending packages out around Portland in a snazzy brown, electrically-assisted tricycle on November 21. And, said in their press releases they anticipate their eBike prototype could become a component of its delivery capabilities in some other cities across the country.

The use of Cargo Cruisers, as they’re called, was piloted in Hamburg, German in 2012. The program was such a success it was recently extended and now being tried in Stumptown, where we can expect a skit from Portlandia to spoof it. 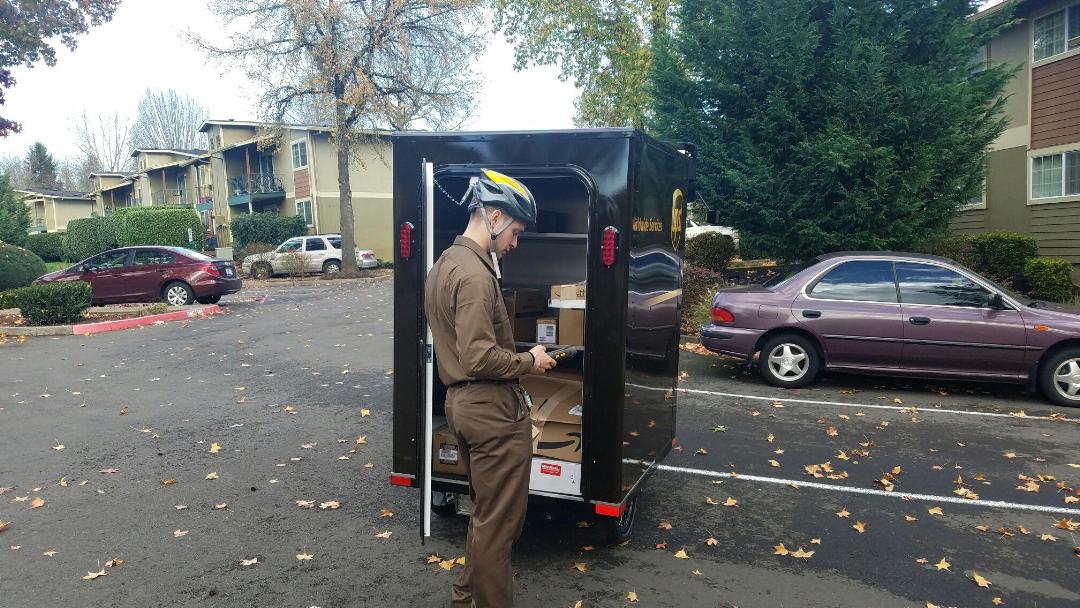 It’s a little-known or more likely forgotten fact that UPS started as a bike messenger company 109 years ago right here in in Seattle…there’s a memorial park downtown and I hope to see Cargo Cruisers in our town too.

UPS is deploying the eBikes to, “Navigate through crowded urban areas and continue our focus on environmental sustainability.” The deployment of the eBike is part of UPS’s ongoing commitment to reduce carbon emissions as city populations and e-commerce grow, and traffic, noise and air quality challenges continue to rise. UPS can wrap the news in whatever message they like, but it’s about getting around a crowded city and on time.

As any bike commuters knows, you can get to work often faster than a car during rush hour.

The brown eBike can be operated solely on battery power or pedal power and if successful, UPS envisions additional eBike deployment and testing in 2017.

I think Austin would work well too.