So far from Interbike, I’ve shared stories about walking for days across a dead sea, in a dead land. Circling the trade show floor like fetid water down a rusty drain, I endured a heroic journey with tests, allies, and enemies.

There was an angry homeless person who chased me while I rode a dropbar 29r, supply chain excellence from Taiwan, and a ride on the Strip during our marvelous Mobile Social. 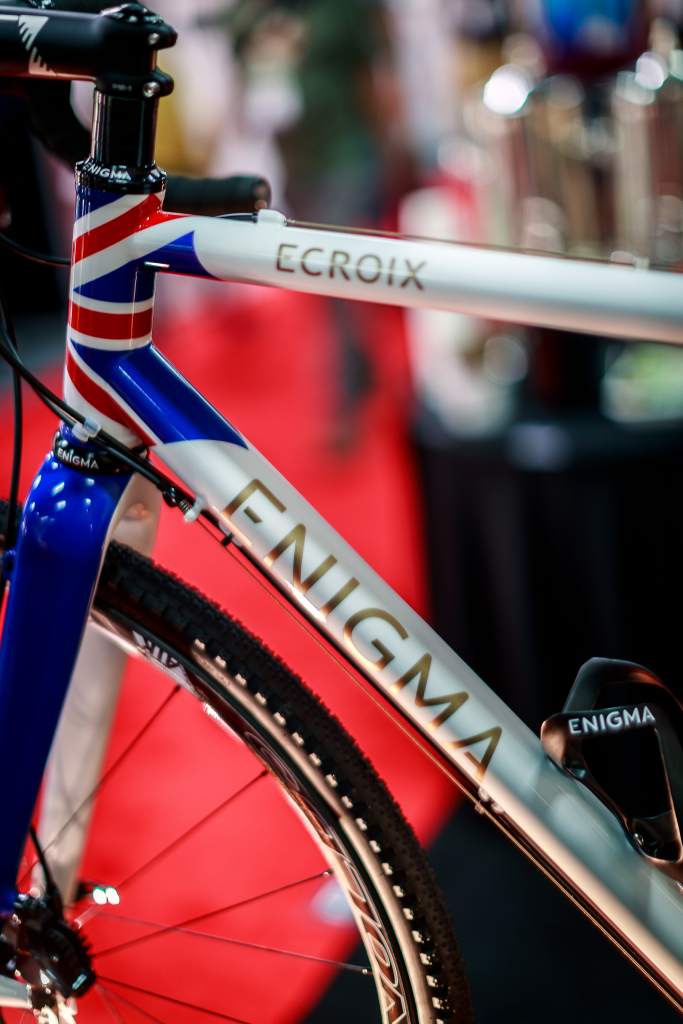 And, now the rest of the story is about the Brits, who I guess anticipating Brexit are shipping handcrafted bikes to the States for a nice bounce in market share. The imports from Enigma include the Ecroix, a road bike built up for riding on dirt. They showed it in their booth with tea and crumpets—I missed happy hour, but they probably served shaken, not stirred martinis too.

I wouldn’t categorize the Ecroix as a gravel bike, because it doesn’t meet the expected tire clearance of a 700×40 but Enigma enigmatically does. Steel tubing will provide a refined ride and all-day comfort in most conditions. I’d spec it with the upgraded ENVE fork for more precise steering. In their declared category, spec’ing without thru axles is as confusing as a vote to leave the EU, but damn those bikes are, “Sexy bitches, yes!” Especially, when dressed up in Union Jack paint. 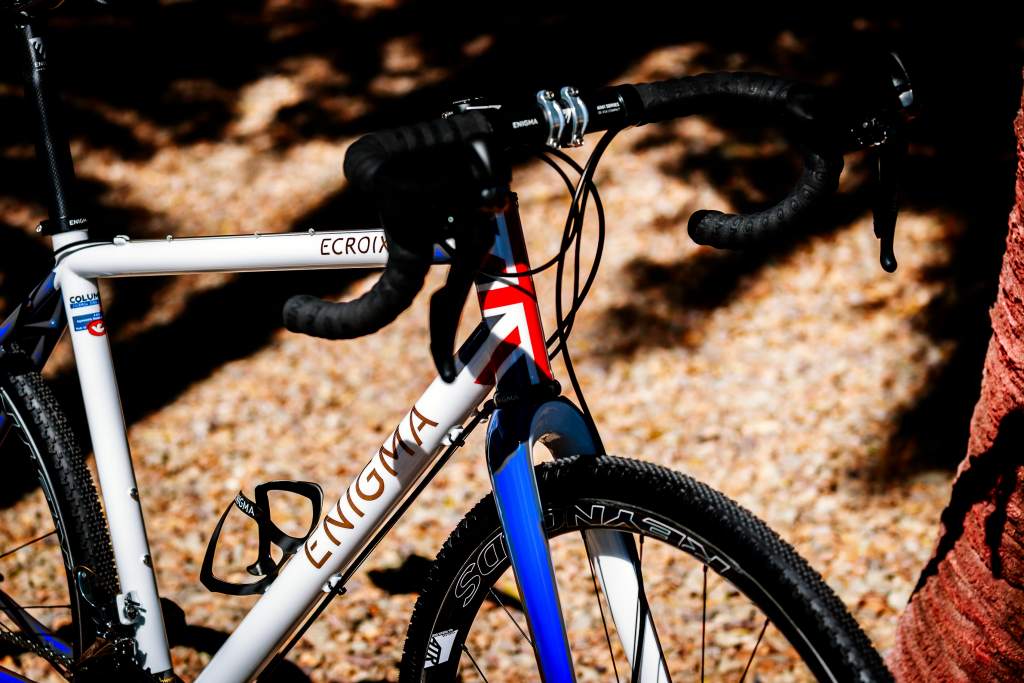 As built with fenders mounts and an Ultregra spec, welded in conditions as grey and dreary as those in the Pacific Northwest, I’d recommend the Ecroix as a century-riding rain bike. Also for a buyer that doesn’t want the same bike as everyone else on the ride.

You can order one in the US by contacting the US importer at sales@britishcycleimports.com, by phone at 440-385-6790 or sales@enigmabikes.com.

Enigma like their US importer fights the good fight. What makes them special is they are a family-owned maker of steel and titanium frames. When so many bikes are being made overseas, they’re manufacturing in house and making bikes accessible to people who want a beautifully made, not insanely expensive alternative to other off-the-shelf brands.

Next time in the UK, I’d like share a pint with Enigma while discussing politics. In the next issue of our magazine, I’ll share more about how the Ecroix ST landed in the States. It was a British invasion of sorts—not in search of screaming, teenage, record-buying fans, but new markets for handbuilt bikes from East Sussex.