It helps to know that helmet development was driven by UCI rules requiring pros to wear them (after a death in the peloton), which meant the design focus was on lightness and later aerodynamics, but never really safety protection. For a time, pros could ditch the helmet before a climb.

About 15 years later (fast in UCI time), we finally have a standards body testing helmets and rating them. 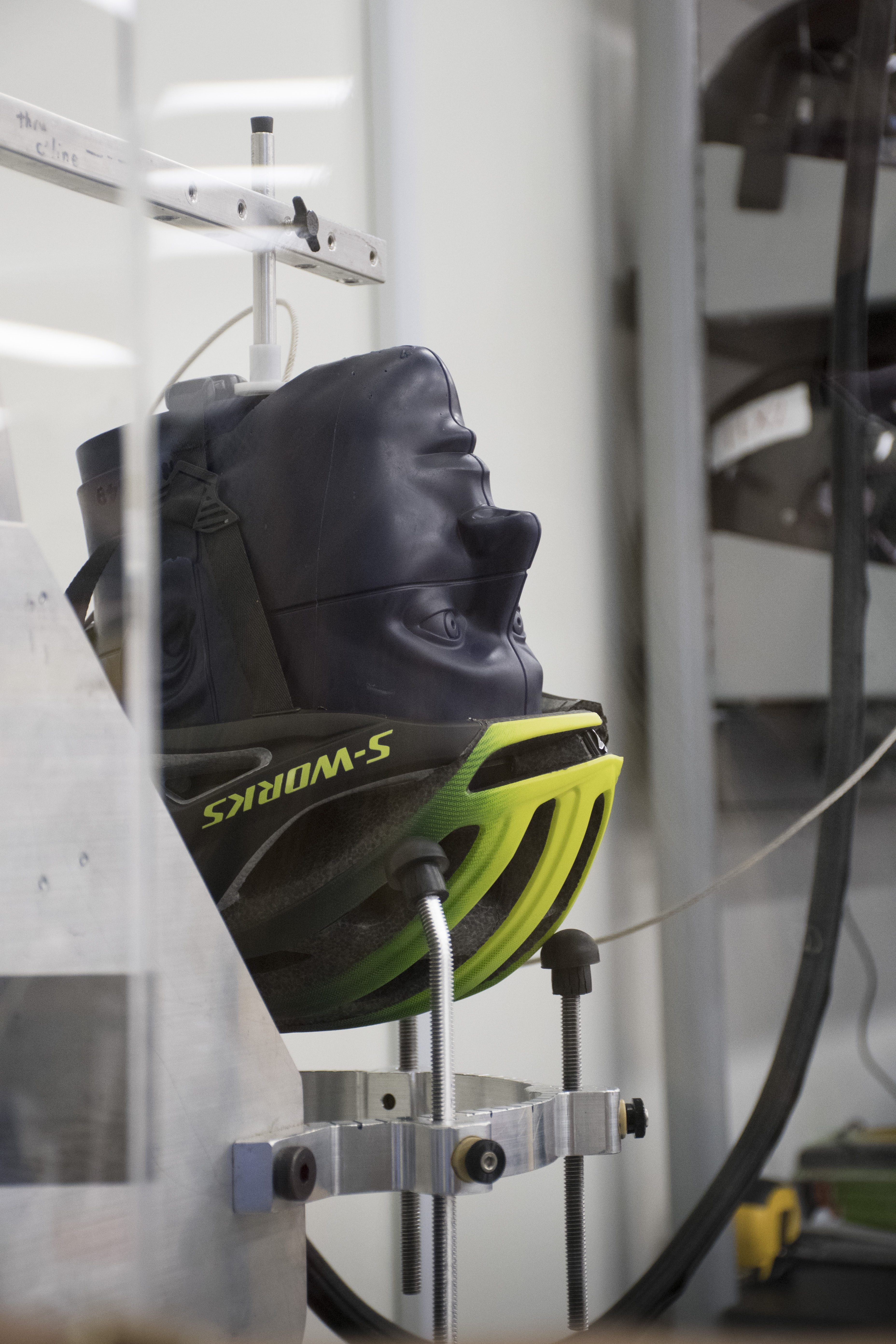 And, they found that some helmets protect better than others. While the CPSC does have standards for helmets, they’re no more than an anvil hitting a wall at speed. The CPSC doesn’t consider concussion-level forces when approving a helmet for sale in the US, just the smash test.

To develop their test protocol, Virginia Tech and IIHS consider a more realistic approach that includes the rim of the helmet

For the ratings, the lab tests each helmet at six commonly impacted locations, including two at the rim. Helmets are dropped on the anvil at two speeds taken from studies of real-world crashes — the median speed at which a rider’s head is estimated to hit the ground and a higher speed equivalent to the 90th-percentile speed in the real-world crash studies.

The best-rated helmets, include MIPS, that creates a low-friction layer inside the helmet to keep it on your head during a crash. I’ve never found a MIPS system that’s comfortable, so let’s hope product designer get to work on getting the best ratings while making a helmet comfortable, airy, and aero.

These are the best rated helmets, at 5 stars, and linked when available online. You can also find them at your local bike shop.

Find all the ratings at Virgina Tech’s site.