Seattle’s cycling past during boom times is fascinatingly similar to the current one. As I learned from When Bikes Ruled Seattle video, at the turn of the century bikes clogged the paths but not for long.

Miles of new bike paths, roving gangs of cyclists, bicycle polo at the University of Washington — there was a time when cyclists ruled the road in Seattle.

Knute Berger takes us back to Puget Sound at the turn of the century to answer a question: Is the battle between cyclists and drivers even older than the car? Who’s responsible for Seattle’s early road network? And what’s the deal with spandex bike wear?

The eyewear Knute wears in the video, find them in the inventions section of the book Roads Were Not Built for Cars. Also, how early wheelmen clubs built paths that cars eventually took over. 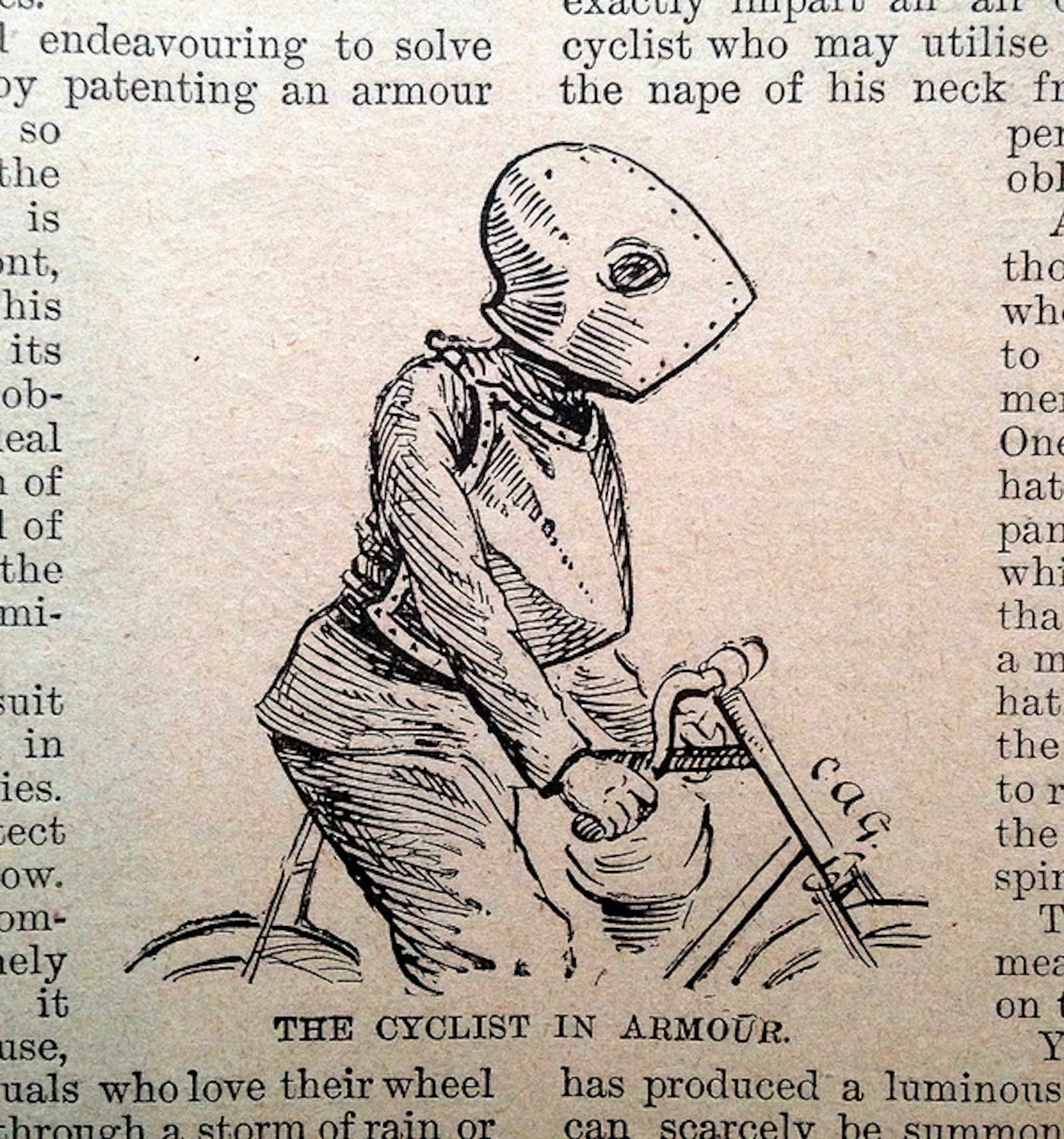 Here’s an excerpt from the book.

WHO OWNS THE ROADS?

Roads belong to all and need to be shared by all. However, there’s a long history of some road users believing they have priority over others.

Social scientists theorise that humans believe in three kinds of territorial space. One is personal territory, like home. The second involves space that is only temporarily available, such as a gym locker. The third kind is public territory, such as roads.

“Territoriality is hard-wired into our ancestors,” believes Paul Bell, co-author of a study on road rage. “Animals are territorial because it had survival value. If you could keep others away from your hunting groups, you had more game to spear, it becomes part of the biology.”

When they are on the road, some motorists forget they are in public territory because the cues surrounding them – personal music, fluffy dice, protective shells – suggest they are in private space.

“If you are in a vehicle that you identify as primary territory, you would defend that against other people whom you perceive as being disrespectful of your space,” added Bell. “What you ignore is that you are on a public roadway – and you don’t own the road.”

A standard quip from bicycle advocates, aimed at a certain type of mine-all-mine motorist, is “You own a car, not the road.”

More About When Bikes Ruled Seattle