Admittedly, a Veer Split Belt sounds like the way millennials wear their pants now. I don’t know exactly, but I guess with a belt that’s split down the middle and looks fancy, but according to Sean Hacking

The Split Belt came out of necessity.

because he was bootstrapping development for alternative belt drives, and couldn’t afford to buy even one or two bikes with a split frame.

According to Hacking, the splice design is the only method that allows use of off-the-shelf timing belts and retains the same strength as a chain. It’s also user-installable and remains as narrow as other belt drives.

While promising to not stain pants with grease and requiring zero maintenance belts haven’t gain much traction in the market. That’s partially because they require a split in the frame to install. A chain has a masterlink, where a belt is installed in one piece.

The Split Belts are spliced into a ‘V’ shape that distributes force along the entire length of the splice, allowing it to retain the same strength as a chain (the PR offered no testing results). By inserting rivets through 20 teeth, they are locked in place with clinched and splayed ends. The belts are custom-sized to any frame and Veer’s sprockets utilize an updated tooth profile that allows for lower belt tension than other belt drive systems. 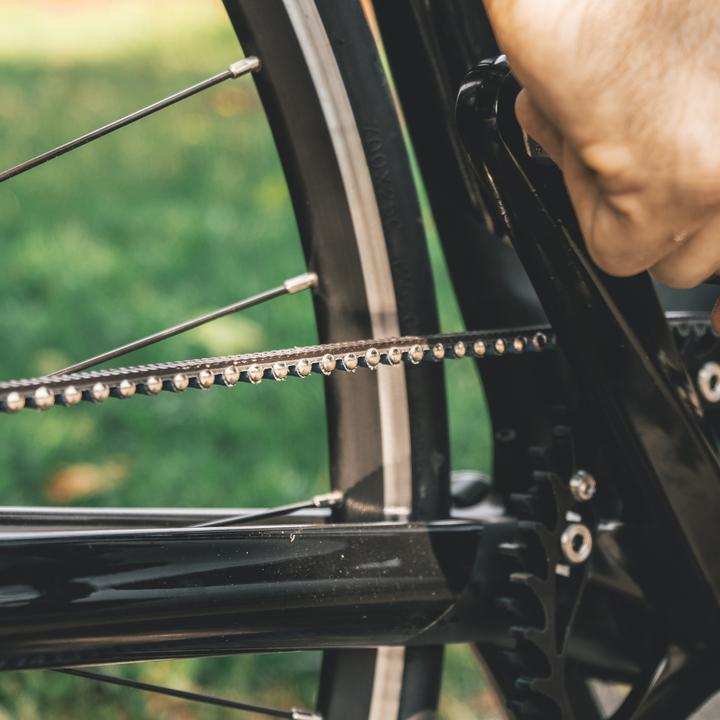 To adjust the Split Belt, Veer offers a tensioner that can be used with vertical dropouts, full suspension bikes, and tool free adjustment and removal. Veer is promising to release a Split Belt Pro kit this fall with an more optimized design, adjustability, and compatibility.

While skeptical of their tech, without riding it first, it does seem applying to small builder and for specific use cases.

And, hey if a split belt interests you, then check out the Zipper Tire.