Ed note: This story was shared with us by Dennis Crane Photo who was at the UCI World Cup in LA. It has been 12 years since the ADT Event Center hosted the 2005 UCI World Championships of TrackvCycling. Since then many Junior and Masters National and World champivonships, UCI Track Cycling World Cups and the 2012 Para-Cycling World Championships competed on the Siberian pine of the only permanent indoor world standard 250-meter track in the United States.

One of the premiere events of the weekend was the Women’s Team Pursuit. Team Pursuit is a race against the clock. Two four-rider teams start at opposite sides of the velodrome. 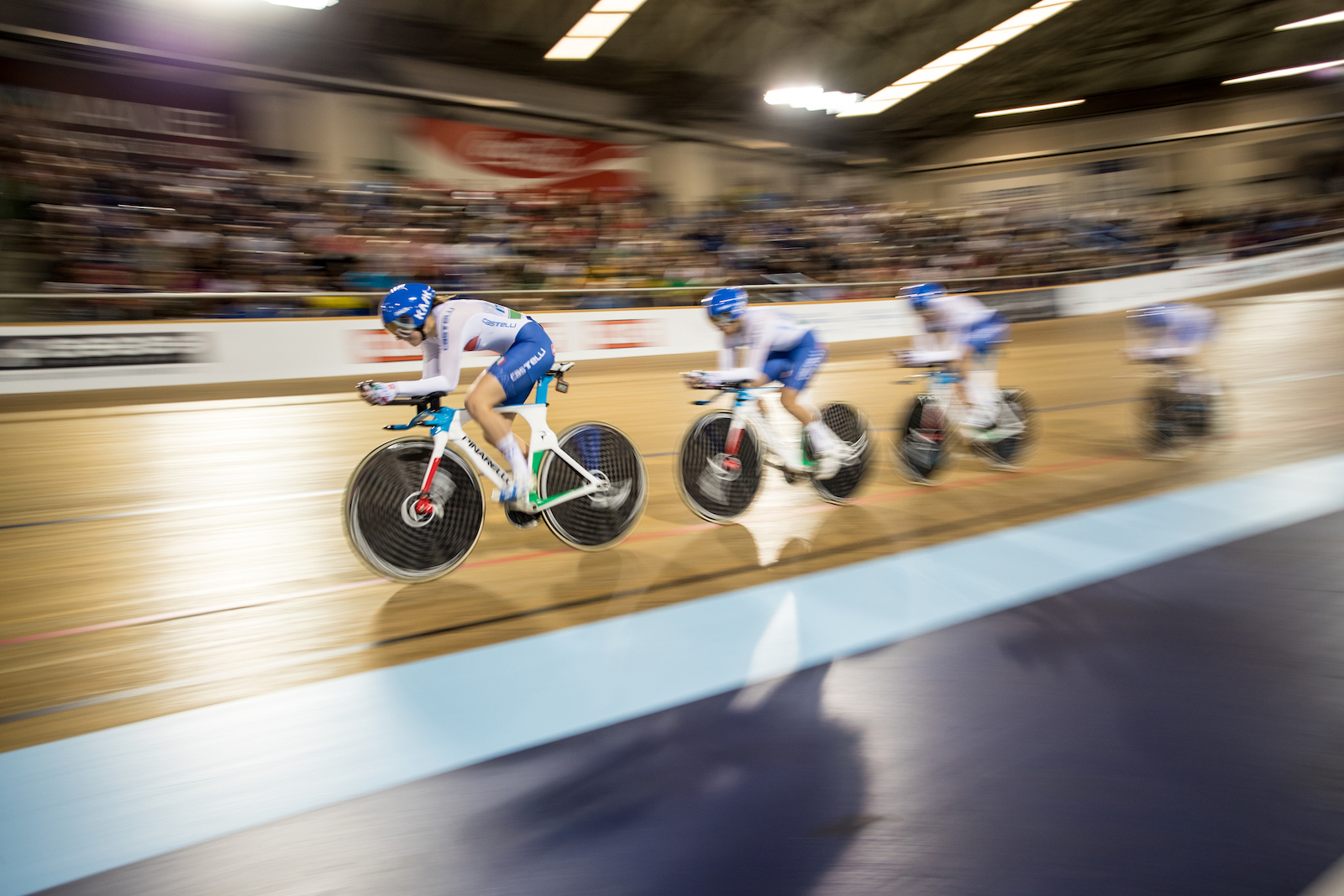 The riders follow their teammates in a tight single file formation, regularly switching the pace-making lead position to benefit from each other’s draft. The teams must finish the 4000-meter race with three of their four riders. When the third rider crosses the finish line, the clock stops.

The current World Champion USA team was the clear favorite to stand on the top step of the podium but the New Zealand and Canadian team know what it feels like to be there too. The following images show the battle for the top three podium steps. The racers go full gas the entire race with accounts of how they see in tunnel vision as they push their physical limits. Total focus on the prize is part of the job description but the high speed leave everyth ing else a blur.

Enjoy the 2/25/17 battle between the US and New Zealand for the first and second place and the clash between Canada and Italy for third and fourth place.