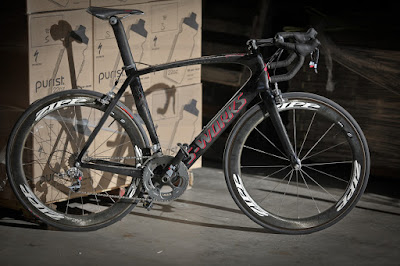 When I asked Chris about this S-Works Venge with custom paint and decals, his reply was, “I sneed speed.” Right and if you know Chris, that’s how rides and races. Obscurely fast.

He’s known to talk in Dr. Seuss rhyme style in the peloton, right before an attack. 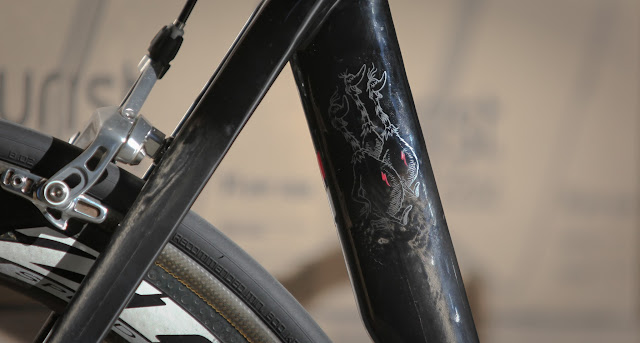 The whiskey and Canadian beer icons? He’s from Canada. The silver and red accents pop like you’ll do off his wheel on the next climb. 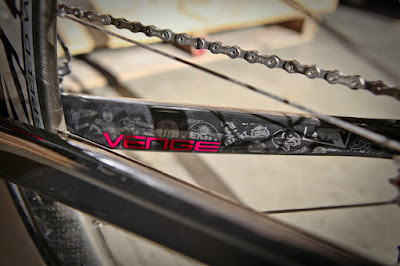 James Scriven from Specialized made this in the lab and it’s a one-time exclusive, S-Works Venge. Chris broke into song when he described the bike as

but not, he paused, to say under his breath, “stupidly, incredibly, and unbelievably amazing to the point of actually being a deity.” Like the McLaren Venge is.

When we get back from Maui, the Venge we’ve got in on test with the regular paint job will get swapped out for the Cross bikes, cause it’s road season again.

The work by James on this is impressive with lots of detail. If this bike stands still long enough, you could name the various beer labels, note the pithy statements and wonder what Chris has to do with Yosemite Sam? I don’t know either, but it’s certainly interesting.