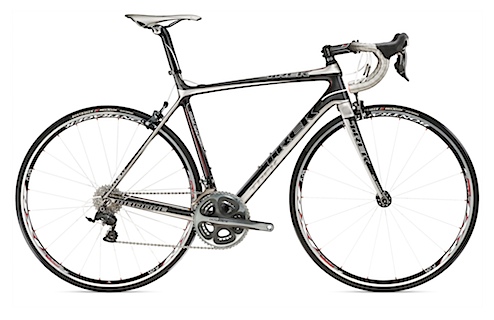 By now you’ve likely read of the saga of Fat Cyclist. Elden, the scribe behind the site started off blogging about his attempt to not be a chubby rider (hence the name). Along the way his wife became terminally ill, he shared this candidly, and he gained a following of loyal and dedicated fans.

Recently Fatty sent a job application to Johan Bruyneel applying for a job on Team Radio Shack resume-style, the same way he might apply for a job as a programmer. Surprisingly, Johan wrote back and offered him a chance to ride at the training camp if he raised $10,000 for both the World Bicycle Relief Fund and the Livestrong Foundation. And then he went on to say that he’d give away a signed Madone if Fatty could raise $50,000.

Fatty upped the ante by offering two kick ass bikes if he can make it. The first bike is a Gary Fisher Superfly that’s painted Fatty colors and the second is the signed Madone. Jesus. Effin. Christ.

He’s already hit the $25k mark for the World Bicycle Relief Fund, and just a bit short for the Livestrong one. But you can still donate and turn this small bit of funny prose into one of the fastest fundraising efforts in cycling history. And maybe win the Madone too.