One of my Internet friends, tweeted how he loves encountering randonees in the wild.

Me too, like these in White Center earlier this year. In fact, I see at least one on every ride around town and with good reason, there’s a practical then as now. 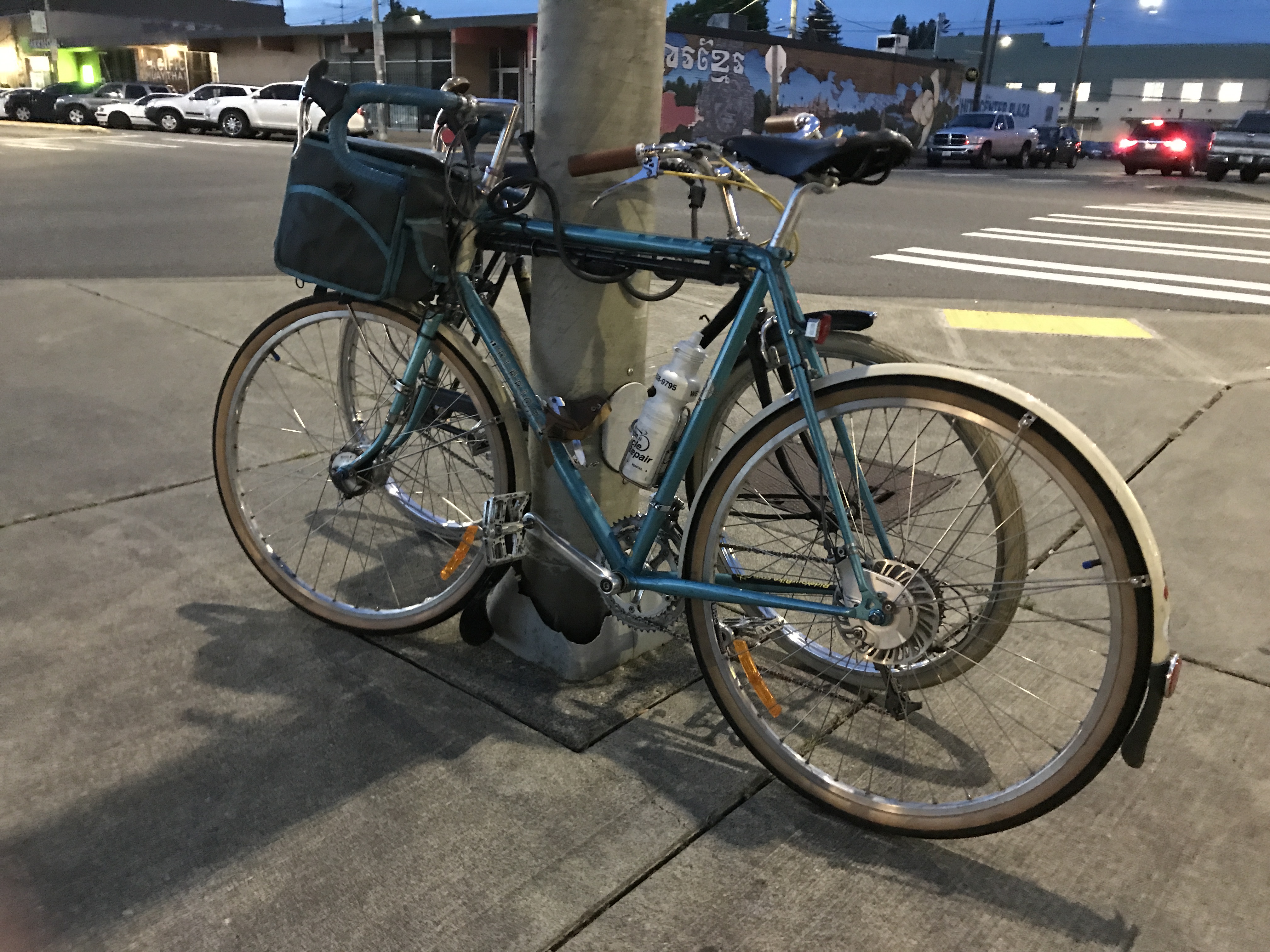 I’m having one made too (sort of) and will share that story soon enough.

If you were wondering how to spell the term Randonnee as I was and the plural version, see Sheldon Brown.

The French word “randonnée” is not exactly translatable into English. The closest is probably “hike”, which is not commonly used in bicycle contexts. A randonnée is an organized group ride, with some emphasis on speed, but it is not a race. Riders will typically be on road-racing or light-touring bicycles. Randonnées are often quite long, but do not normally involve stopping for the night away from the start. Some randonnées run all night. One of the most famous (and most rigorous) is the quadrennial Paris-Brest-Parisride, 1200 kilometers, (750 miles) stopping only for meals and catnaps.

Also read more about Randonnee bikes in an article by Mark V from Issue 00, now on Medium and this story about Sugino cranks.