Today MicroSHIFT’s released a new video featuring their Centos 11 road group set. Filmed on iconic cycling roads are nestled in the area around Lake Como – Italy.  It’s a beautiful location and I’m happy to see another group on the market. 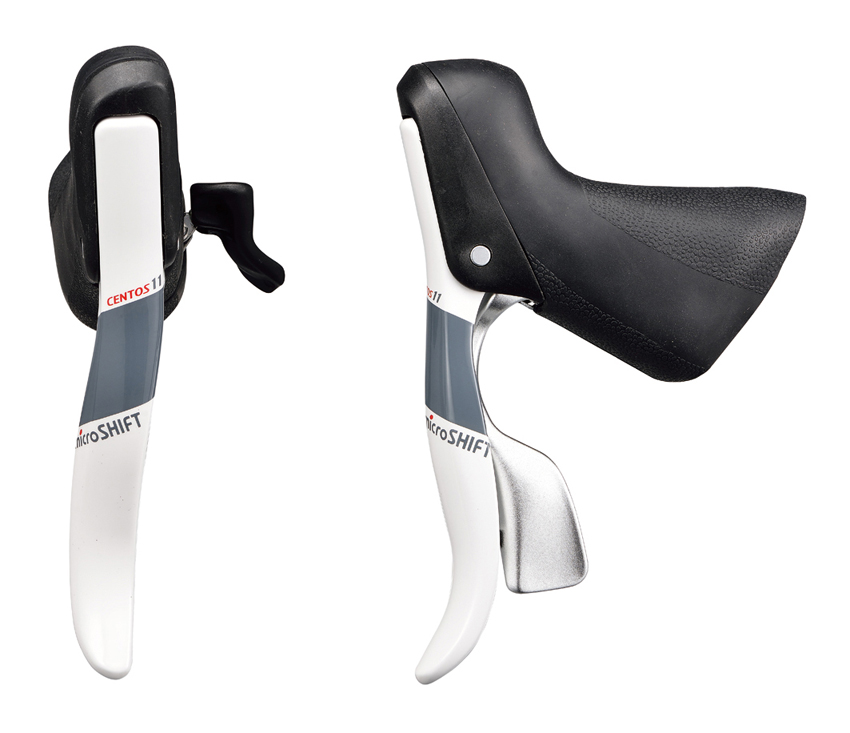 I haven’t used it yet, but microSHIFT has a unique dual-control lever system that shifts the eleven speeds. You can shift 4 gears at a time with a prominent thumb lever. Road CC reviewed it in last year and it’s priced against Shimano’s 105 at about $500 for a group. I found it on Amazon for .

If you’re perhaps building up a b-bike, a c-bike even or a bike for a kid going to college a budget group that shifts decent and has 11 speeds is appealing.

It offers a lot of shifting for the price.

The Centos 11 is also compatible with Shimano so you can mix and match parts; again, for a parts-bin bike that you don’t want to spend any or as little a possible on. Sure, you can do that with downmarket Shimano groups, but not with 11 speeds. I have at least a 1/2 of a 11 speed group in a box in my garage, so I’d think about the Centos 11 for a rain bike as well.

The rear derailer weighs 194g and the front weighs 95g, which is in par with Shimano. The finish looks good too in black and white. Users of the group have reported being happy[y with it, while Road.cc was not.