There was a slight buzzkill with the Parlee CX H (for Hugga). Lots of fork shudder, chatter, and a sickening howl that this one time scared a seal off the beach. I was riding along Alki Beach were baby and juvenile seals rest occasionally and the Seals Sitters were out. I stopped to look, brakes howled, and the seal was frightened. The Sitters were unhappy, I felt bad about it, and I decided at the point that the brakes on the Parlee must not scare animals. 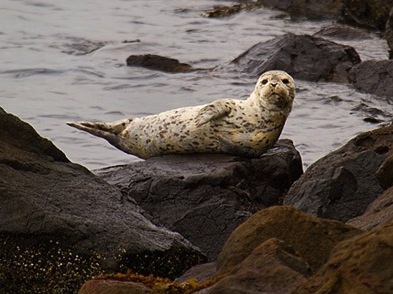 So with the help of Mark we tried various setups, massive toe-in, and one race on Mini-V brakes. I forgot how much I disliked v-brakes, so we pulled those off immediately, but not before I bronco’d the bike reaching for a handful of brake on a descent.

Then Joe (Redline’s Master Mechanic) recommend Kool-Stop ceramics and that was it. I’m running the R-Sys SLRS with the Exalith treatment. Your mileage will vary of course, but no more shudder on my setup or a howl that scares seals away.

As I wrote earlier about the R-Sys, Mavic recommends their pads, but the Kool Stops work and cost 1/2 as much. They also did not get buzz sawed from the Exalith treatment. Also, with the right pads, those wheels are even better.