The fat bike, gravel road bike, and touring bikes have been proliferating and all to the same siren song tune of “the adventure” that awaits those who seek it by two wheels.

The day I learned how to ride a bicycle was the day a new version of my world was born, a world that had its boundaries suddenly expanded. Now I could explore my neighborhood, and maybe even go places I wasn’t supposed to be going. It was exciting and addictive. I imagine many of us cyclists started out, at the very least, with this “Adventuring by Bicycle” sort of feeling. 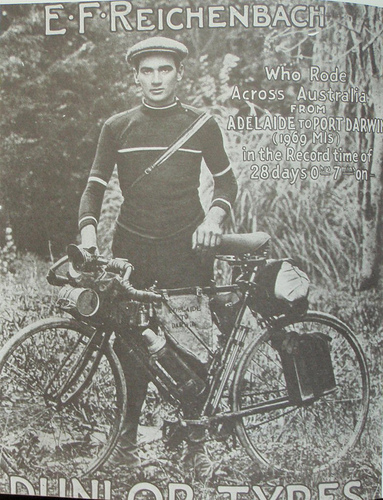 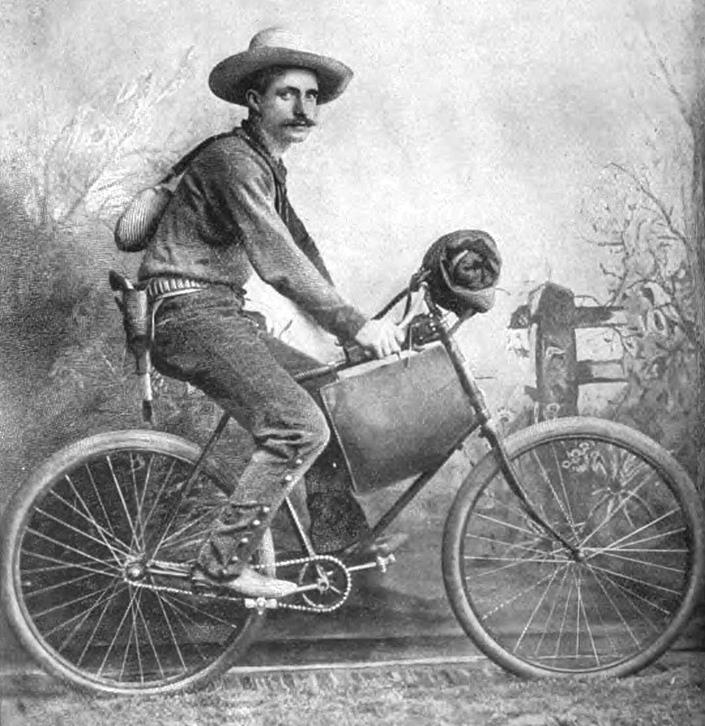 Notice that it didn’t require a certain sort of bicycle. In reality, it doesn’t. Get a bicycle, go for a ride, and you just never know what might happen or where you will go if you let the fit take you. However; when it comes to marketing, there is a “story” to tell, and that is what has become known as “Adventure bikes” these days. What exactly is that and where did it come from? Perhaps the following may help make sense out of it all…….

Historically, the earliest high wheelers, or penny farthing cyclists, were the “adventuring” types. Going across hill and dale scaring the bejeesus out of the proper citizenry and the horses they were mounted upon or being pulled by. It marked the beginnings of a conflict that still goes on to this day. (But that’s another story.) Then the “safety bike” became wildly popular in the late 19th Century. With its same sized wheels and fixed gear drive train, the “Scorchers” were the “wild bunch” of their day. These urban speedsters were also contemporary to the earliest “ultra-adventurers” who used frame bags, minimalistic survival gear, and sheer guts and determination to cross continents on two wheels. All of this was done on cycles that were rather pedestrian examples of the two-wheeled technology of the day. No special bicycles necessary here.

Then two World Wars and attendant scrap drives put bicycling on the back burner for adults while the rise of the automobile and a network of roads took over our imaginations. Route 66 became the mecca for internal combustion fueled adventuring dreams. The mere thought of slugging out a ride under human power on a backcountry mission of self-discovery was the furthest thing from our collective consciousness. (And it seems for many it still is.)

Now let’s fast forward to a bunch of road racing cyclists cum hippie culture outcasts in the Seventies in Northern California. Here a new bicycle was born out of a desire to escape the modern trappings of urban life and “get back to nature”. They called this resurrection of paper boy cruisers on steroids a “clunker”. It wasn’t very long before a purpose built machine appeared and was dubbed a “mountain bike” which then caught the imagination of a generation of folks looking for adventure. The backcountry was beckoning. At the same time, touring by bicycle with loaded panniers and more road going bicycles was also picking up steam.

It wasn’t much later on when a certain well known Northern California frame builder named Bruce Gordon took ideas from road-going touring bikes and off road going mountain bike touring rigs and melded them together in a model he dubbed the “Rock & Road”. It had 700c X 45mm tires based on a design from a Finnish tire company and reinterpreted by Mountain Bike Hall of Famer, Joe Murray. These were bigger than normal touring tires and were more aggressively treaded, but rolled well on pavement. A “do everything” bike for “rock and road” which caught the fancy of the cycling press of the day and was lauded by several as one of the smartest designs of the times. An “Adventure Bike” that was versatile and covered many needs. The cycling industry, who had seen how big mountain biking was getting, and how road cycling was in the doldrums, saw their opportunity.

It wasn’t long before several similar designs were being proffered by several brands of the day. The bike wasn’t a mountain bike, it wasn’t a road racing style bike, and it wasn’t really a touring bike since most of these new breeds of bikes came with flat bars. What was it? Here the industry made a fatal error and ended up not using a term like “adventure”, but a rather bland, mundane term- “hybrid bike”- which was explained away as a “half road half mountain bike”.

The 90’s saw several great bicycles in the genre: Bianchi Project series bikes, Diamond Back Overdrive models, and models from Trek, Specialized, and Giant, to name a few. The bikes were for the most part very “mountain bikeish” and were seen as oddities. Not until the higher rise stems, big seats, and suspension seat posts were added by the latter part of the decade did the hybrid bike start to make any sense to many bike shops and customers. They could have been “adventure bikes”, and were meant to be, but they just never got off the ground in that manner. Only when the comfort/bike path angle was added did these bikes start to make a niche for themselves.

Meanwhile, the “adventure bike” from the 80’s, the mountain bike, had morphed into several sub-divisions and categories, which diluted the “adventure” part of mountain biking to the point it was no longer discernible. You either were a cross country racer, a “free rider”, a downhiller, or some other compartmentalized version of the knobby kingdom. It seemed you needed 5 different mountain bikes depending on which adventure you were off on. Road bikes? It was all about the “Lance Effect” and racing bikes were king. Not really a great “adventure” bike choice there.

Then in 2008, something happened that has since sprouted a bit of a race now to be the company producing the coolest bicycle to have an adventure on. Salsa Cycles introduced the Fargo model, a drop barred, fat tired, versatile off-road machine for the, (you guessed it), “Adventure by Bike” people. (This is Salsa’s tagline now.)

Since then the fat bike, gravel road bike, and touring bikes have been proliferating and all to the same siren song tune of “the adventure” that awaits those who seek it by two wheels. Do you actually need a fat bike, gravel road bike, or some other niche rig to have an adventure on your next two wheeled, human powered outing? The answer is an unequivocal “no”. However; it cannot be denied that some of these bicycles are fun, and perhaps may become the right tool for your next adventure.

Ed. note: Guitar Ted is a native of Iowa, and still meanders in “fly-over” country. He has been big wheeling since 2003 and mountain biking since 1989 on a proper mountain bike. Before that he just rode any ol’ bike off road he could get his hands on. These days he also has a penchant for riding gravel roads, and has put on the Trans Iowa endurance gravel road race since 2005, along with other shorter fun rides. Guitar Ted also works at a local bike shop as a mechanic with over 13 years experience in retail bicycle shops. Oh, and by the way, he actually does play a mean guit-box!