In the Pacific Northwest, Research Dynamics Coyote MTBs end their lives being ridden by chronic inebriates, a street person’s bike.

and correction! Some of those Coyotes live on and are ridden to work by execs like Ben Franz-Knight who runs Pike Place Market. It’s a testimony to how well-made those Taiwan bikes were, that they’re still being ridden by street people and businessmen. According to gm1230126 in the MTBR forums, the Coyotes were OGs in Taiwan before Sinyard ate a hot pot there.

Research Dynamics were originally done by an outdoor store chain based in I believe Boise. I ran into Vaughn a number of times in Taiwan back in the day. They had a lot of bikes produced at Dodsun hence the DS. They were the first 9000/9001 factory in Taiwan long before Giant, Merida and Wheeler which had much bigger factories in the late 80’s to mid 90’s. Specialized, Iron Horse, Gary Fisher (Pre-Trek) and a number of others had bikes done there also. There quality was the best in Taiwan for years and their paint and graphic options were better than most factories too. 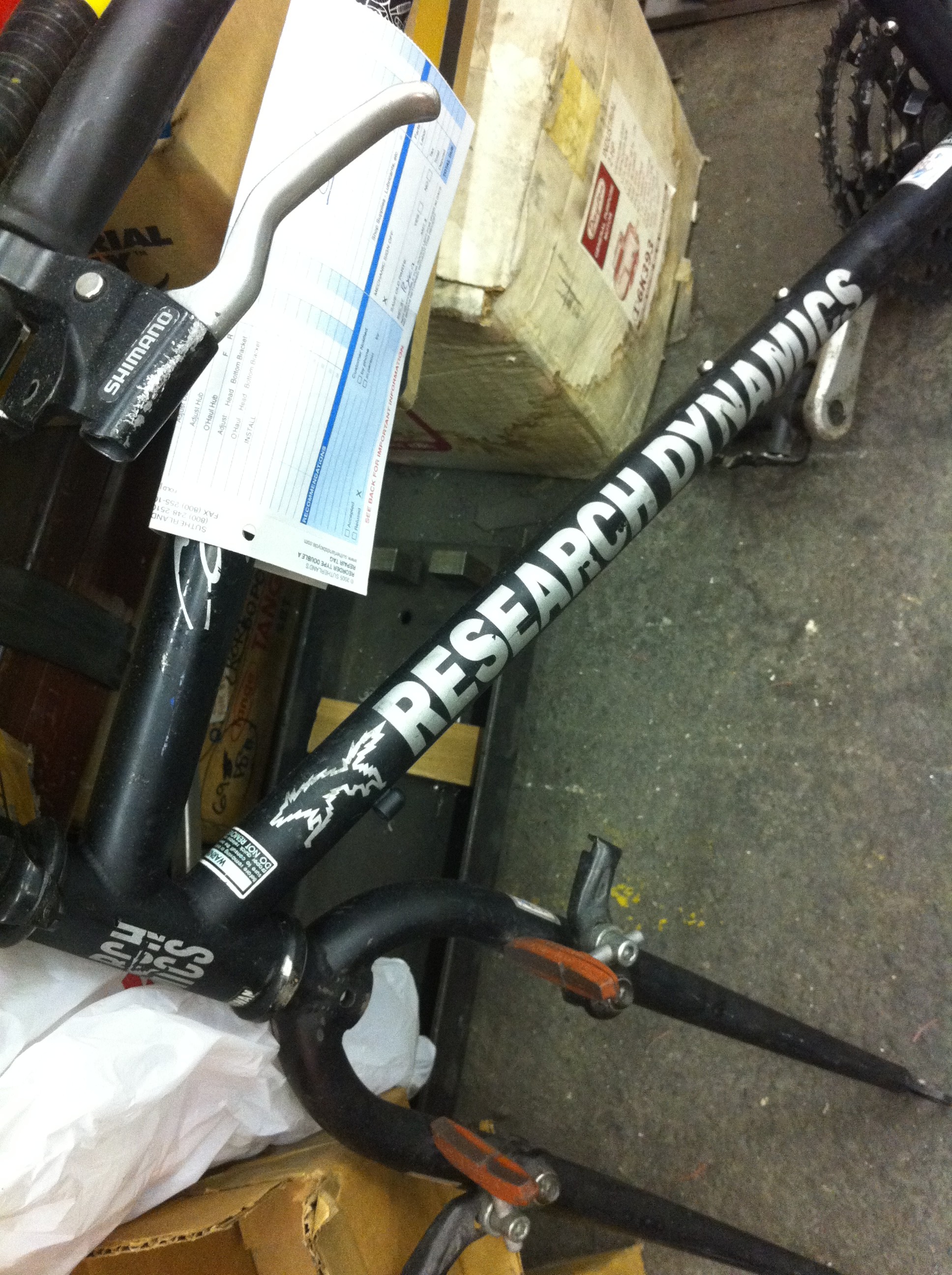 Show up in shops too

There was a time when RDs where the shizzle. Still are for those that ride them. I spotted this one in the back of a shop a few years ago. Maybe we’ll restore one sometime. Like the urban animal they’re named after, those bikes just don’t quit. They survive.