The folks at Mellow Johnny’s are holding a big race up at Juan Pelota’s ranch this weekend, and Hugga is in town to cover it. We’ll have images and thoughts from the race on the site on Sunday, so if you’ve got a hankering for some racing or a prurient interest in a ranch owned by Lance, tune in.

We shook off some weather-delayed-flight-jet-lag by walking around Austin, which is easily one of my favorite cities in America. Hunkered down inside a coffee shop called the Hideaway (apropos) for some delicious brew and met Daniel, a local courier with Corporate Couriers who was fueling up on caffeine while rocking the tunes. Daniel had a big smile on his face and told me that he’s fine with riding in the rain (which is good because it was pouring for a while).

After chatting up the locals (and dodging them riding on the sidewalks) we meandered over to Mellow Johnny’s by way of the super-mega-large Whole Foods. MJ’s was flooded with tourists and branded clothing was flying off the shelves.

My wife fell in love with a polished-lugged Bianchi frame there and while she gawked at Lance’s bikes on the walls I grabbed another coffee and looked at the Seattle-like weather.

The bats of Austin were almost more enjoyable to me than a meal at Frank (where else can you get a rosemary sausage, poutine and a beer on a rainy day?) because they’re just so damned impressive. 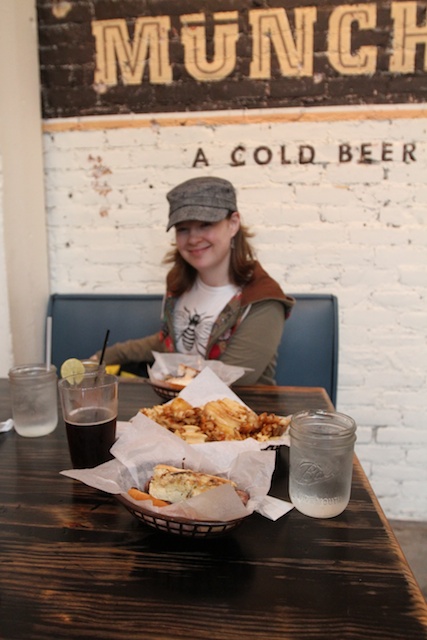 More shots from the trip coming up soon, coverage from the race on Sunday.