Here’s some real news that became fake news before fake news was in the news….. In April of last year, Rich Dillen posted a parody of a grumpy Merckx commenting on the use of disc brakes in the pro peloton to Velonews. 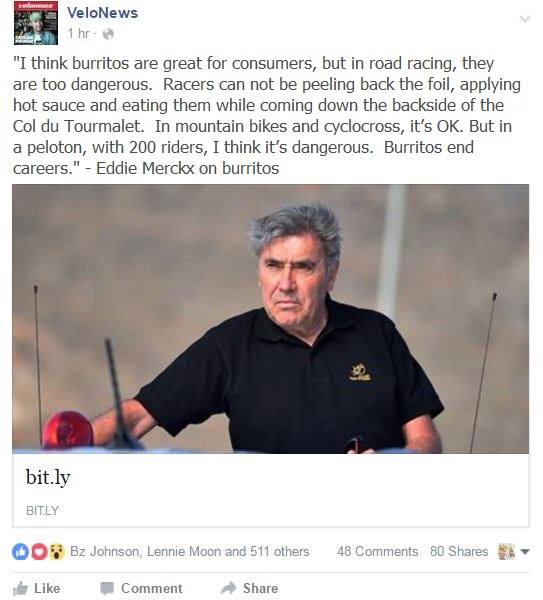 Funny stuff. Then, almost a year later, this happened. 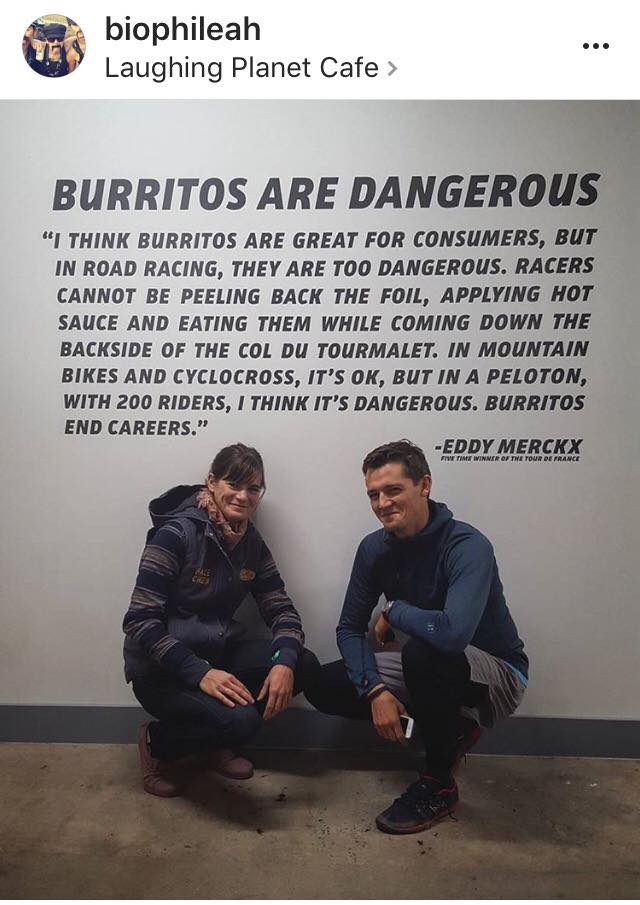 As Rich explained to me

So Nick “Dip n Spray” Barlow PM’s me on IG this image of two people in front of the quote on a wall at The Laughing Planet in Portland. And my circle of strange comes collapsing down on my tiny head.

So Rich’s goof is now plastered on a Portlandia cafe wall.

Burritos aren’t dangerous and neither are disc brakes. Don’t know if Laughing Planet is on the joke or not and it doesn’t matter now.

Checking with Velonews for comment and no word so far from Eddy.

@bikehugger @teamdicky Comment: "We agree that burritos are dangerous in bike racing and should be consumed off the bike when possible."