While Byron is currently testing this Domane from Trek’s Race Shop Program, the Wisconsin-based company recently announced the disc version would also be available with the same program features, including custom paint and a lower frame stack like the professional team riders tend to favor.

The test bike came with the ever competent Dura Ace 9000 including direct-mount calipers. Unlike some previous Trek designs, the Domane eschews the loathsome chainstay-mounted variation of those calipers for the more practical and traditional seatstay mount. The direct-mount standard allows a stiffer, more powerful caliper while optimizing weight and aesthetics, but essentially it is still short-reach rim brake. This is an important detail that I’ll circle back on.

The Domane features front and adjustable rear IsoSpeed Decouplers that allow the frame to partially flex independently front and rear in response to the vertical input from the road surface, rather than act as a rigid truss. In action, it is not something that can be obviously seen, like a telescoping suspension fork or rear swingarm, but it is an engineering solution that integrates the entire structure, far more sophisticated than others’ attempts to simply design carbon frames around what would otherwise be bolt-on suspension components.

One of the design improvements that Trek has made on the Domane is the cable routing enters the frame aft of the headtube, rather than at the very front. Housing at the front of the headtube only seems like a good idea until you realize that turning the handlebar puts a strain on the housing. The new routing allows smoother cable runs that ultimately preserve shifting performance when using mechanical shifting systems.

One can expect that the Domane will be torsionally resistant when pounding the pedals, as the downtube carries its width down to as massive BB90 bottom bracket shell and chainstay junction. An integrated chain deflector prevents the havoc of jamming a chain between the crank and all that carbon.

The Domane fills the endurance bike role within the Trek road lineup, and its geometry is marked by lower bottom bracket, longer chainstays, more fork rake, and slacker head angle (though the Race Shop versions have steeper head angles as well as lower stack). In many ways, the Domane should be the first choice for any aggressive rider who doesn’t race or at least doesn’t race primarily criteriums. And unusual among high-end road bikes, the Domane can take full fenders with discreet, removable fender eyelets. There is one caveat, though, and this where we come back to the direct-mount brake calipers.

The Domane’s frame and fork can clear 28mm tires, but with fenders installed one can pretty much only expect to fit 23mm because that’s all the space left under the calipers and fenders. This isn’t so much an issue with direct-mount calipers as it is an inescapable result of basing the bike design around short-reach rim brakes of any type. In contrast, the new disc version of the Domane SLR can fit 32mm tires, so one can theorize that 25mm or even 28mm tires might be feasible with fenders. If you’ve read my opinions in the past, I’m somewhat lukewarm for disc brakes on road bikes, except when they free designers from the dimensional shackles of short-reach rim brakes. Closely derived from the rim brake version, the Domane SLR Disc takes a step in the right direction, if not totally breaking free. But 32mm is still a lot of tire compared to when the “endurance road” first became a marketing term, providing enough volume for anything from cobbles to packed dirt road.

If there’s one thing about the Domane SLR that I find personally disappointing, it is that the Race Shop Program doesn’t include any size below 54cm. In my size, the standard Domane’s frame stack is more nearly two inches higher than my own road bike, and about an inch taller than even my cyclocross bike. 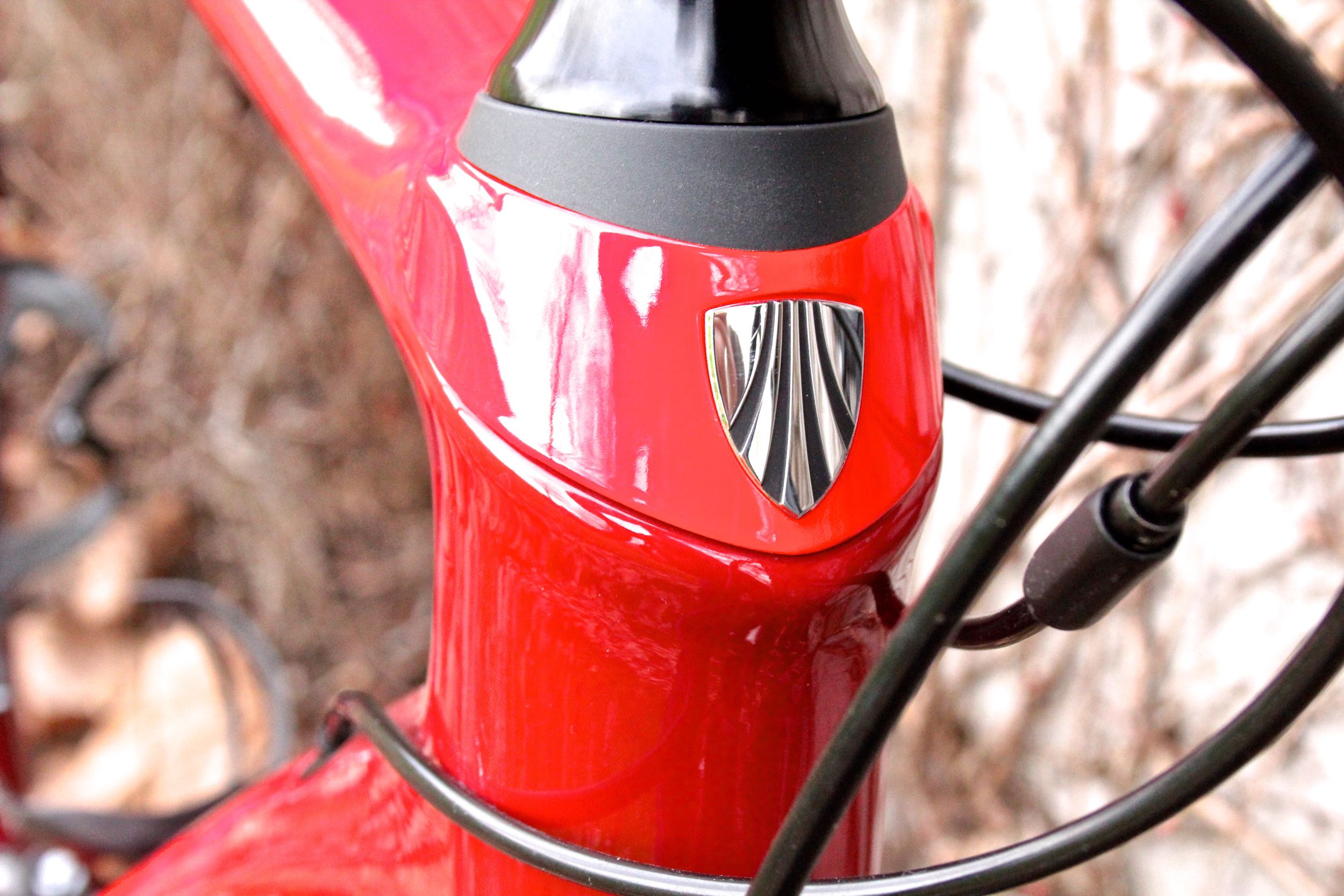 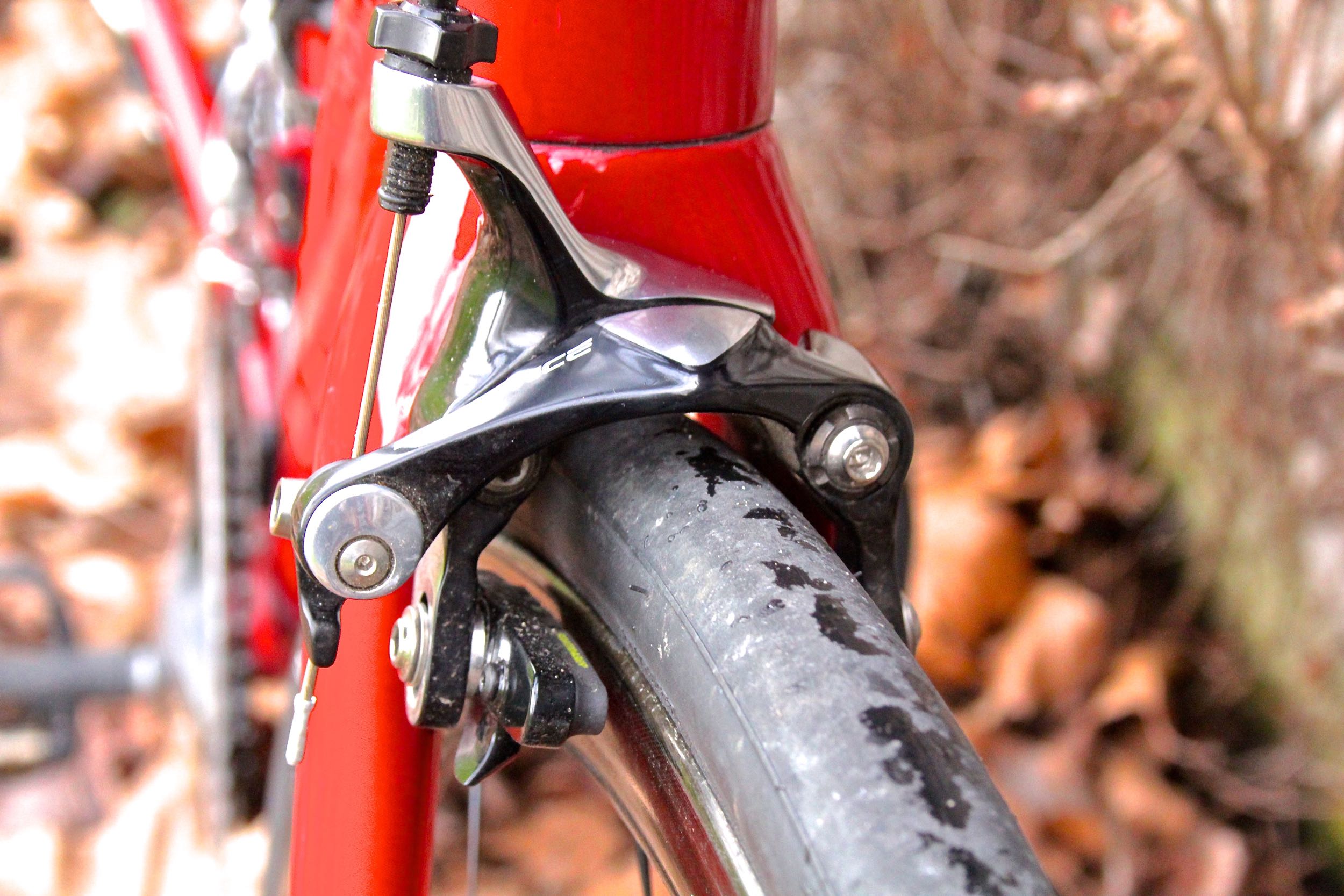