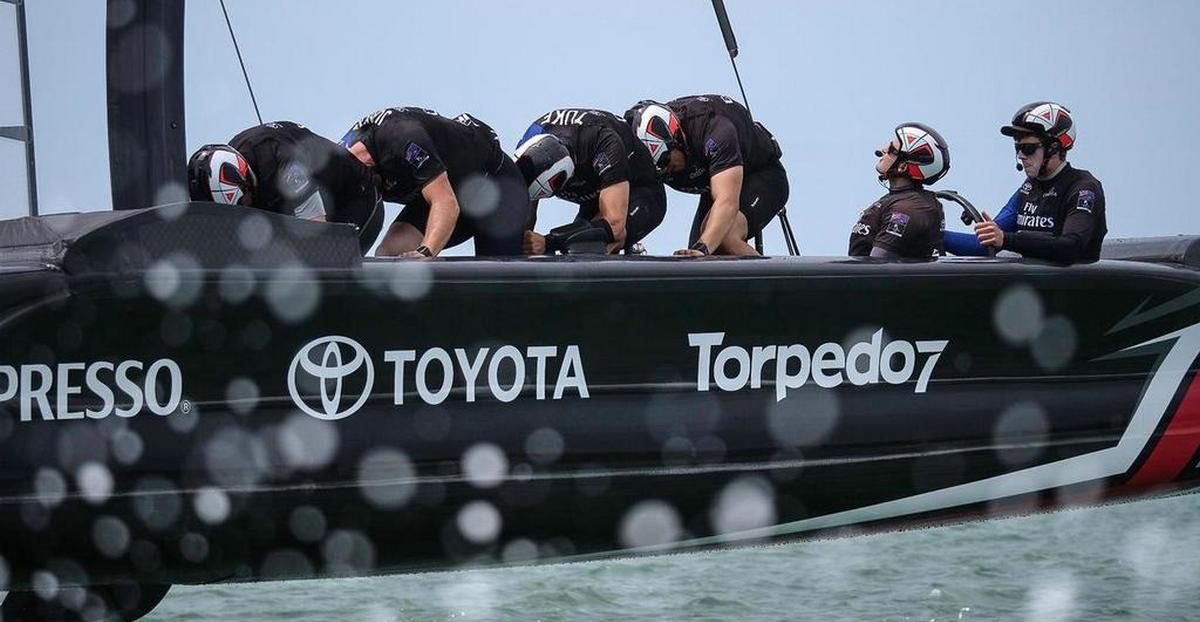 The oldest international sporting event is just about to happen again, and there’s a lot of interest focused on the cyclists. No, it’s not the Tour de France, established in 1903; it’s the America’s Cup first held in 1851.

Oh, you’re wondering if the America’s Cup is a sailboat race or if it’s a cycling event. The answer is: YES, it is both now. That’s because cycling has become a critical performance aspect of one of the the five challenger yachts as well as the defending team. 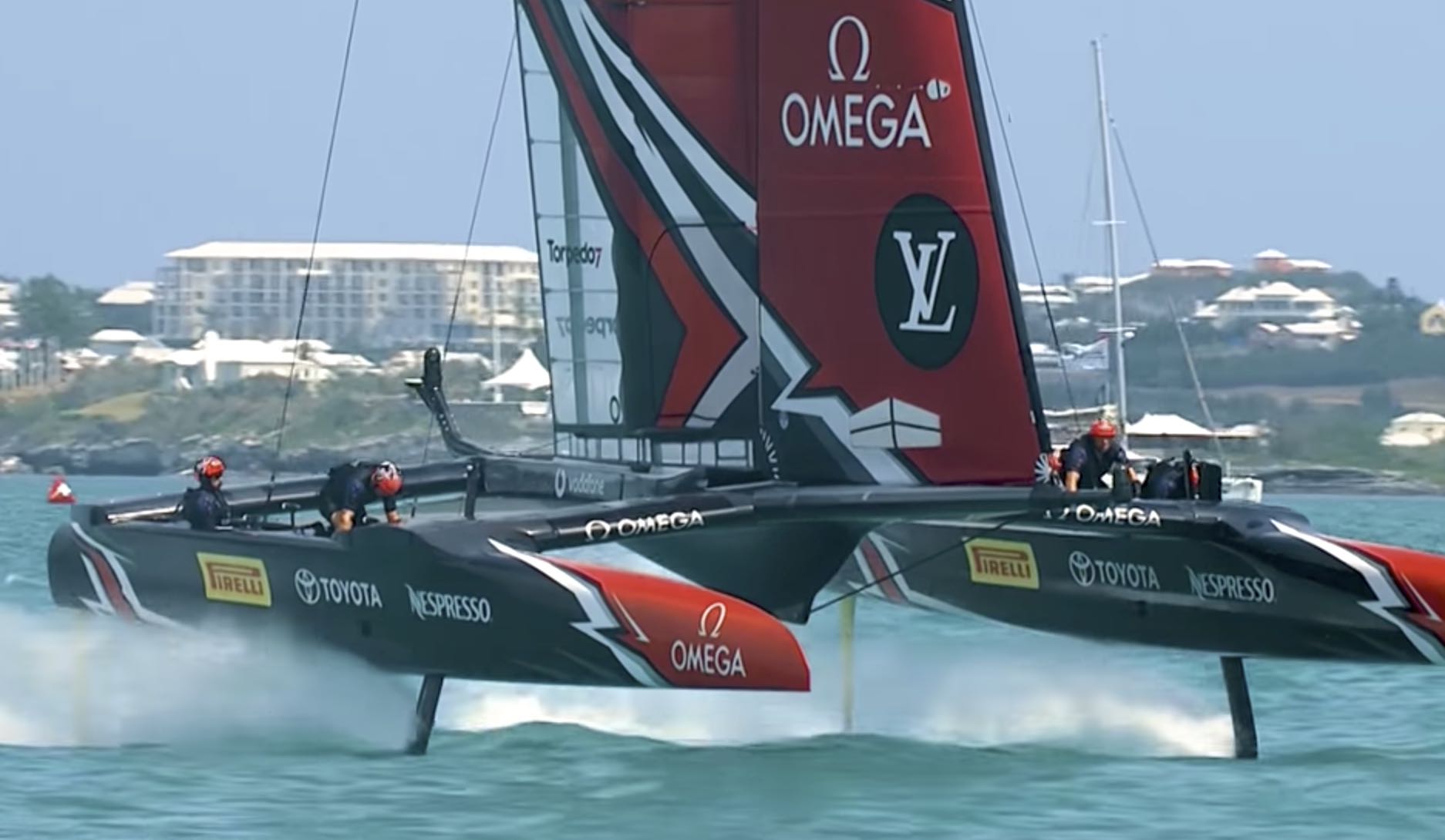 Quick history: 166 years ago, a sailboat named America sailed across the Atlantic Ocean to spank a bunch of yachts owned by British aristocrats in their own backyard.  The local boys gave the Yanks a hideous metal pitcher to take home as a memento, and when they got back to their NY clubhouse, they dared anyone to come take this cup won by the America. 132 years later, some Aussies finally pinched the ugly mug, breaking one of the longest winning streaks in sports history. Then some dude named Dennis Connor went to Perth to take it back. Up to this point, the boats were at best 3-4% as sexy as a Duran Duran video would otherwise suggest:

After that, the boats got considerably faster and edgier over the next twenty years. The 2013 America’s Cup was raced in 72ft hydrofoil catamarans that could attain speeds above 45knots. This year’s AC50-class are slightly smaller with reduced crews, but the technology has advanced to the point that crews strive to stay airborne atop the hydrofoils for the entire race, changing tacks like a race car in a chicane.

In the days of yachts plodding through ocean swells, the boats employed a team of manly men known as “grinders” to crank hand winches to haul in the ropes controlling the sails, but today’s AC50-class hydrofoil catamarans have rigid sails more akin to aircraft wings. And much like aircraft wings, they are controlled hydraulically. The foils are also controlled hydraulically. The wing-sails and foils require near constant adjustment, which constantly depletes the hydraulic pressure reserves. But the rules forbid any kind of motor to pump the hydraulics, so the grinders have evolved into human power units to charge the hydraulic systems. It is here where the premier event of sailing and the sport of cycling collide: the Emirates Airlines-sponsored team from New Zealand concluded that more hydraulic power could be generated with legs than with arms, and now the traditional grinders have been replaced with cyclists, or “cyclors”. Having more capacity to charge the hydraulics gives a crew an advantage by allowing more adjustments to optimize boat speed. 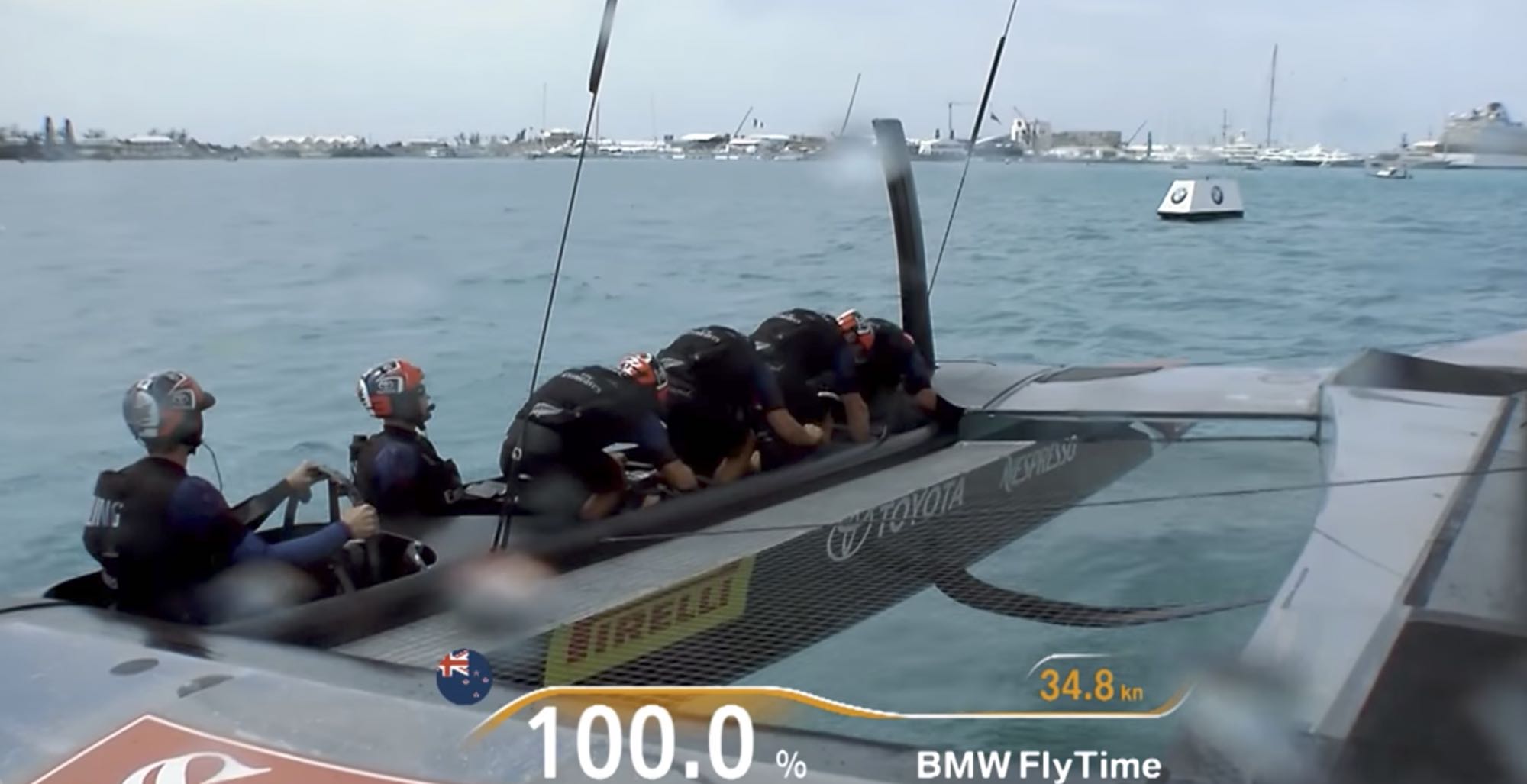 Make no mistake, this is brutal work. The new boats have a crew of six, four of whom are grinders. These guys can produce 1000 watts for 60sec, 1300 watts for 30sec….phenomenal output levels that would be virtually impossible to match with traditional hand cranks.  The boats are a pseudo one-design in that the basic hull shapes are the same for all the teams, but the wing-sails, hull appendages, and cockpit layout are designed by the teams. The Kiwi boat has the four cyclist grinders positioned low and tight in front of the helmsman and tactician. The grinders look like a four-man tandem team, and the boat designers say that their positioning reduces the overall aerodynamic drag, which is an important thing for a object designed to sail upwards of 2.5 times faster than the wind….approaching 50mph.

Among the four grinders of Emirates New Zealand, one of them has control of the foils and is in charge of maintaining the boats altitude and attitude above the water. He does this by hand inputs while pedaling. The other three “cyclors” are purely there to crush pedals and maintain positive hydraulic reserve. The last two of the six crew members steer the wheel and adjust the wingsail. When the crew is working well, the boat literally flies, but when there’s a mishap it can lead to a boat sticking nose first into the ocean like a $10 million lawn dart, as Emirates New Zealand did on Tuesday. 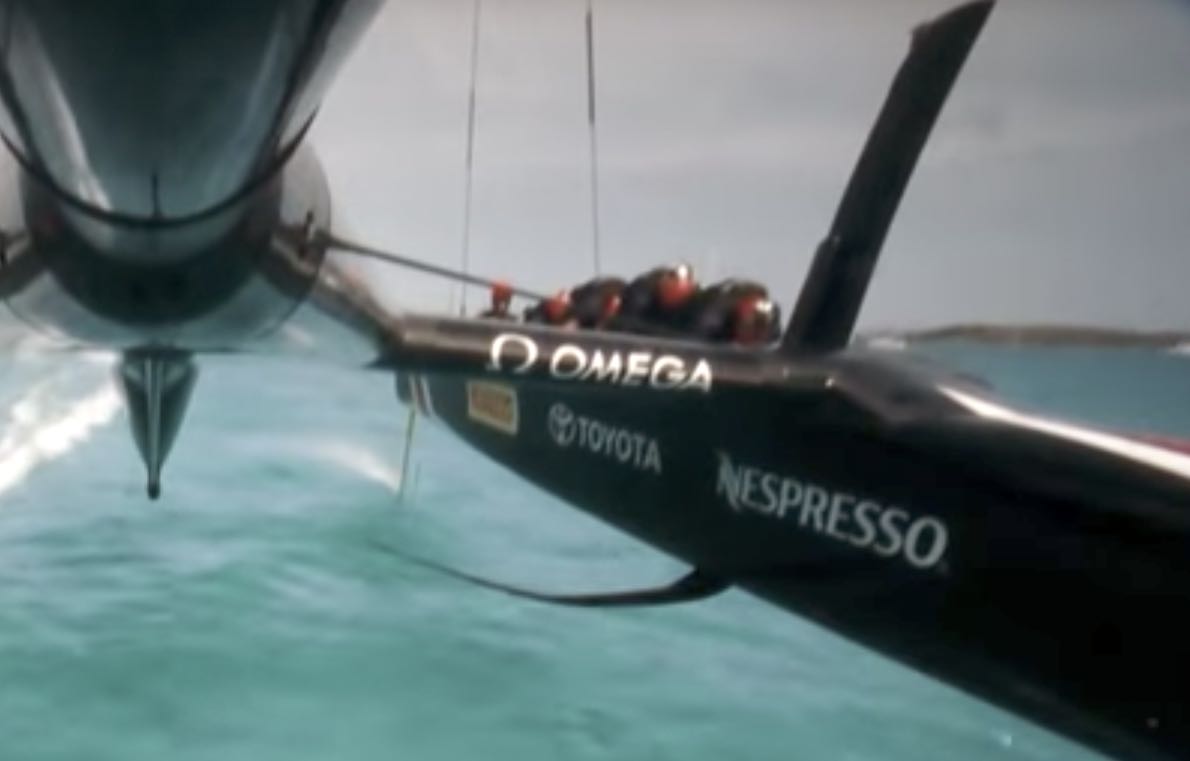 From what I have seen in video coverage, the New Zealand grinders are all using Fizik Arione triathlon saddles and some kind of clipless pedals. Today New Zealand competed in the semi-finals against the UK team, after leading the initial round-robin series. Despite having a spectacular capsize on Tuesday, they recovered to beat the UK team sponsored by Land Rover, 5 races to 2. If they beat whoever wins the other semi-final matchup between the Artemis Racing Sweden and SoftBank Japan, they will challenge the American defender Team Oracle. Apparently Team Oracle has also incorporated cycling for one of the grinder positions, if not the whole boat, but if Emirates Team New Zealand proves successful, cycling grinders are sure to be a part of future designs.

See how dicey the racing gets as Artemis Racing Sweden and SoftBank Japan round a corner marker: