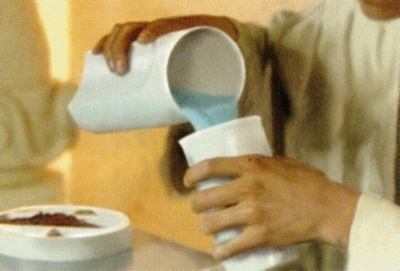 A few months ago I gave a rather (to be delicate) negative review of the Clif Quench line of sports drink. I am not the only person to have done so, and it seems I’m not alone in my initial thoughts that “the beverage begins with a fake-fruity taste with a top note of salt and a lingering mouth feel of Elmer’s glue.”

I reprise this prose not to further lambast Clif for their (to me) mind numbingly bad beverage, but because the gold folks at Clif sent me–unreqeusted–the rest of the flavors and asked me to try them again, especially when the beverages were cold and I was hot. Since my first test of Quench came not at the end of a hyper-athletic ride but during a stop to pick up something unnecessary for my bike I thought I’d oblige. If I’m going to say your beverage tastes like glue and you’re going to send me more of it, I shall put on my dedicated journalist hat and give it another go.

My second go was not good. In fact, I’d go so far as to say that the only beverage I remember liking less was a salted-yougurt drink I got at a kabob place once, and I’m pretty sure they were trying to teach me a lesson there.

However, because I don’t care a whit for my wife’s health or safety, I offered her a swig. Oddly, she liked it. Now I must point out that she’d spent more than four weeks congested with a cold/flu/plague but she said it wasn’t as sweet or annoying as something like Gatorade.

When recounting this story to the PR folks I was told “there’s no arguing that taste is king and, much like a $100 [cabernet], you either like it or you don’t.”

I suppose that’s true in theory, but I’ve never had a $100 bottle of wine that I wanted to spit out of my mouth.

What’s the moral of the story? Some people like the Quench. I suppose that’s why it’s still on the market. I would however mention again that many people don’t and I’d hope that Clif goes back and tries to find a happy medium where a sports drink isn’t a polarizing affair. With bars I can see someone disliking a particular flavor–some folks just don’t like blueberry or toffee or apple spice–but that’s not the level of judgement I think you should go for with a beverage.

After all, if your choices are dehydration or Quench, and a portion of the population would pick dehydration, a reformulation might be in order.