The Bivo One Stainless high-flow water bottle is for those that prefer stainless over plastic. Because let’s face it, plastic sucks. Even forgetting for a moment how our oceans and our landfills are overflowing with plastic, when it comes to things you want to put into your body, plastic is way down with Iocane powder and Meta-Cyanide. It’s one of the least healthy things you can ingest.

Yet every day, countless thousands of cyclists fill their plastic water bottles upright and then head out the door as they take to their bikes to get “healthier.”  Using something known to cause cancer while exercising is one of the ironies of modern cycling that’s up there with multi-use trails that run alongside significant highways with their cars spewing toxins into the air.

Plastic water bottles can also get gross. The porous nature of the plastic used in water bottles allows bacteria to hide in their walls, adding another layer of unhealthiness to them. If you’ve ever put a sports drink in a water bottle and then noticed it still smells like the drink many-washes-later, then you’ve encountered the problem with the porosity of the traditional water bottle.

Ed note: our Bike Hugger Purist bottles are coated with silica to prevent smells and tastes. They are plastic though.

The solution is to use a stainless-steel water bottle, as stainless is non-porous and resists stains, and can easily be cleaned or bleached to eliminate any bacteria. The problem, though, is that most stainless-steel water bottles are awful for cycling. The one advantage that a plastic water bottle has is that you can squeeze it to get the water out of the bottle fast enough to take a big sip. With most stainless bottles, the water comes out in a trickle unless you provide a lot of suction on the valve, which is not as practical as squeezing a plastic bottle.

Enter the Bivo One (drinkbivo.com), a 21-ounce water bottle designed with a straw-like tube that lets air in, and the company says flows as quickly as (or more quickly than) a standard plastic water bottle. I’ve been testing out the Bivo One in a bike-matching Lavender (it also comes in Teal, Black, and Fire), and I’ll be darned, but the thing works so well I’ll probably never go back to plastic bottles.

After years of hiking with stainless-steel bottles, it’s a bit magical to find one that flows so quickly. The flow can be varied adjusting how much the drinking valve is open, but at full capacity it delivers liquids as quickly as a water bottle being squeezed by Darth Vader’s force choke. 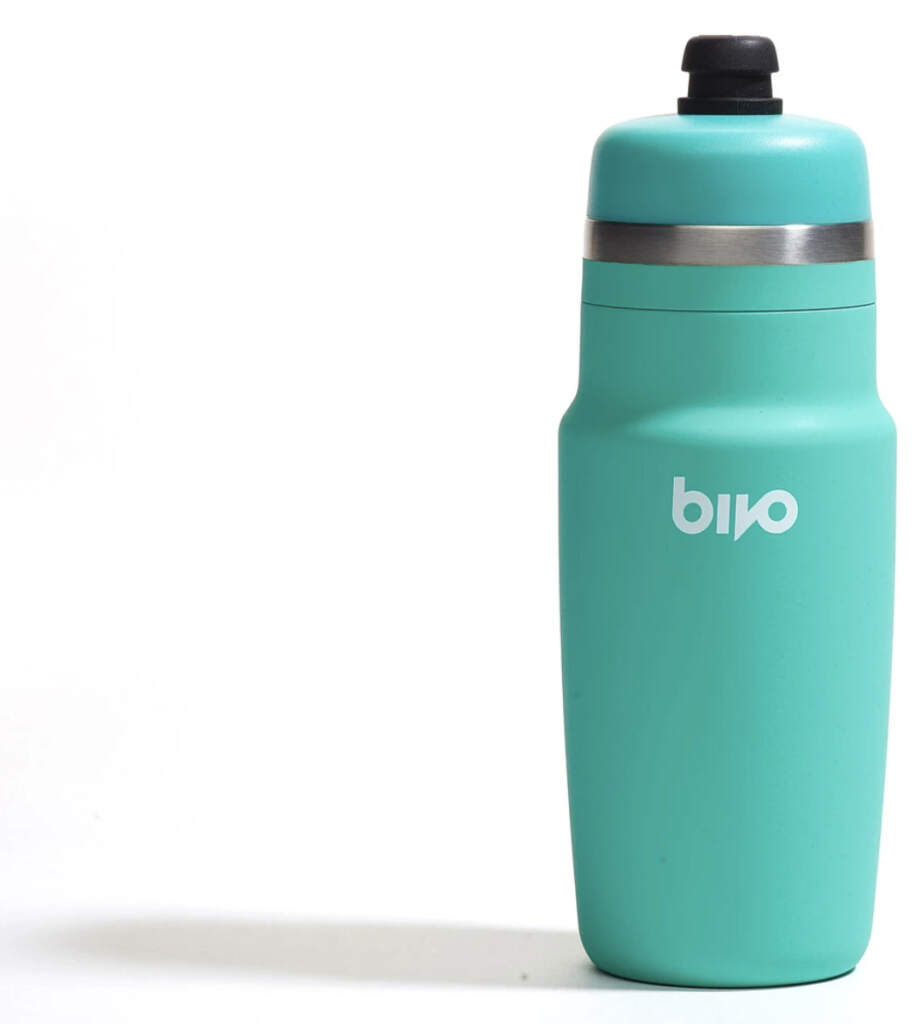 The stainless body is easy to clean. After leaving some sports drink in for about a week, the walls had some black spots, likely some mold. I just put a tiny bit of bleach in the bottle, shook it around, and washed it out.  If that had been in a plastic bottle, I’d have always worried that the bleach would have gotten into the plastic and would be slowly killing me. The straw that lets in the air did get a bit slimy in its week with the sports drink, but the bleach killed anything on it, and I washed it off. 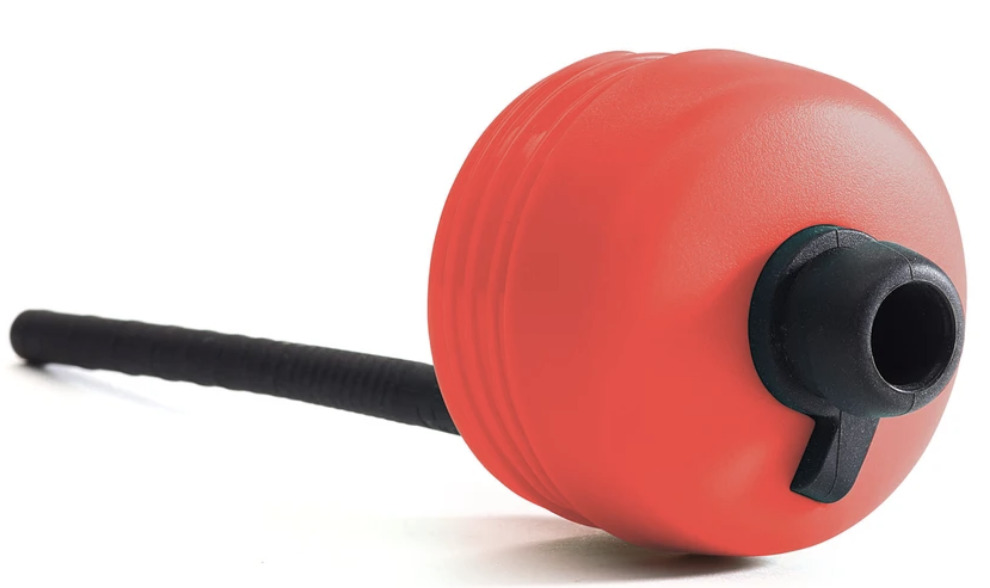 The components of the bottle are food-grade silicone, and the lid is the only plastic part, and it is BPA free.

While the flow-valve is excellent, the Bivo has a few, some that are inherent in the stainless-steel construction. The first is that it’s heavier than a standard water bottle, about 40 grams heavier than my insulated water bottles, weighing in at 168g. Since the sides aren’t opaque, you also can’t tell how much fluid is left in the bottle without taking it out of the bottle cage and feeling its heft.

The colored silicone coating on the outside of the bottle wears off over time—I experience some wear the first time I used the bottles. The company mentions that the wear patterns become part of the history of the bottle, and they say “The Bivo One, like your favorite leather boots, will age with love and use. As your Bivo One bottle becomes your favorite hydration sidekick, you will notice that its silicone coating is susceptible to the wear-and-tear of a cyclist’s demanding lifestyle.”

While that is true, if I’m spending $40 on a water bottle, I’d like it to stay looking pristine.

Some water bottle cage bolts will block the bottle from fitting into some water bottles, so the company supplies some low-profile bolts to solve that problem.

There’s also an uncoated version of the bottle available, called the Bivo One Raw, which is only $29,  but I like that the lavender color I purchased is all matchy-matchy with my bike. It also comes in teal (which looks like Yeti’s color but with a bit more blue), fire and black. Since the bottles aren’t insulated, I imagine the black colorway would be better in fall and spring than in summer.