Ben Popper has found better things to do with his bike than race it after moving to Seattle from Chicago. He pedals it around the Pacific Northwest and this video from Cannondale, called City Escape, is about what they call New Road, or road bikes on dirt. While many of the rides Ben is on in the video, I recognize, we’ve never met. He used to race too, in the elite categories and has written for CX Magazine.

Maybe some day we will because we’re out there riding too, skipping the races on weekend for adventures in the trees on forest service roads and abandoned railways.

I roll my bike out the front door and head off toward the hills. I am alone, with zero responsibility outside of coming home the following day. I ride away from the city, snaking my way through traffic, dodging under a freeway and onto quieter roads. I charge up broken pavement. I pedal my bike to the brink of no return.

Read the rest of the story here. It includes an interview about bike camping—light without panniers—and doing so with his 6-yr old son.

We moved west for proximity to nature. Once here, I started skipping cross races to ride around in the mountains. I found a different, more fulfilling reward racing to a mountaintop to beat the setting sun. I put the fattest tires possible on my cross frame and tried not to melt the pads on my canti brakes during mountain descents; I spent days riding deep into the woods in search of abandoned mines and railroads. 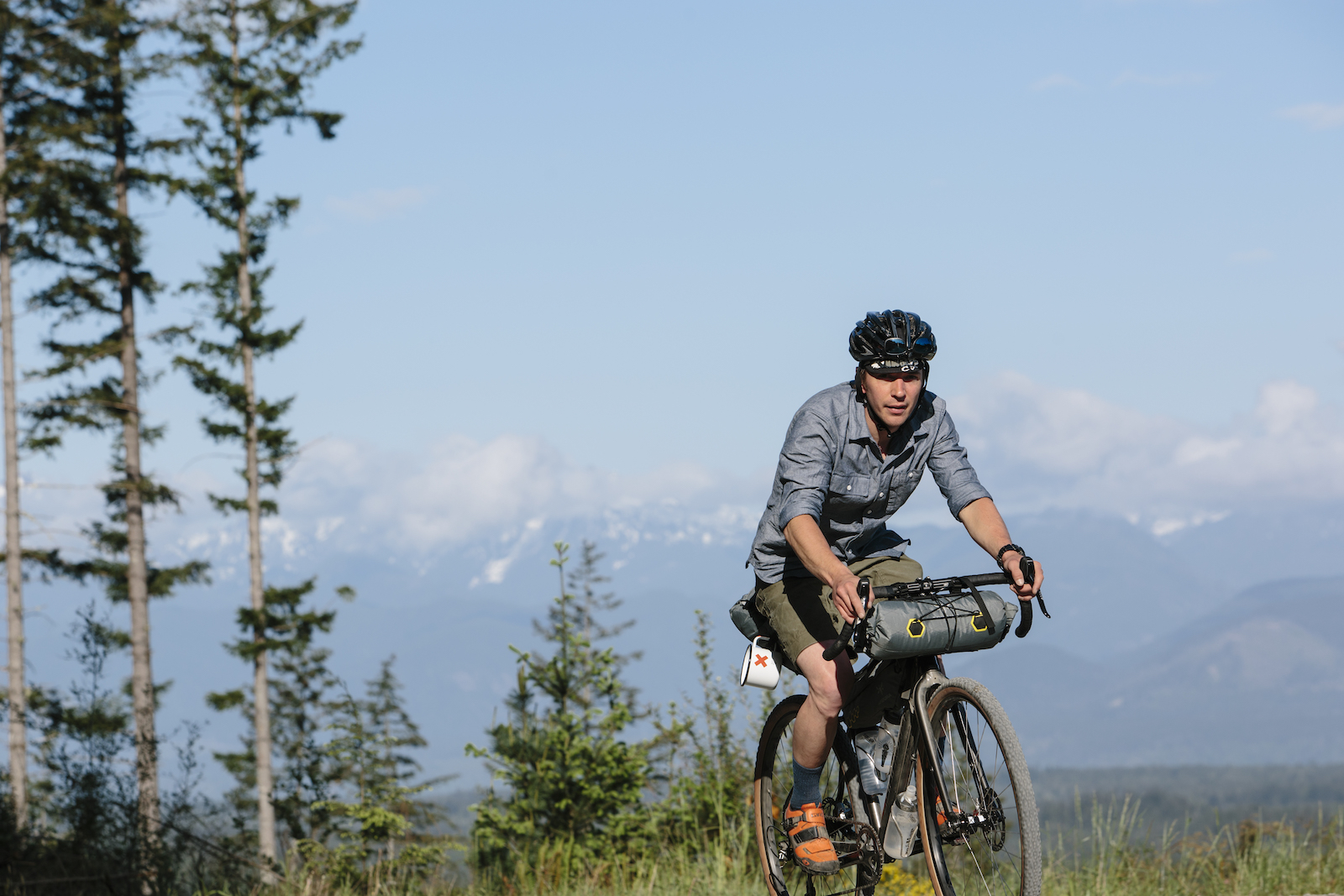 And, the bike is the Touring Apex 1 SE with Apidura bags (Various prices on Amazon or direct) and the WTB Horizons (~$50.00 on Amazon). 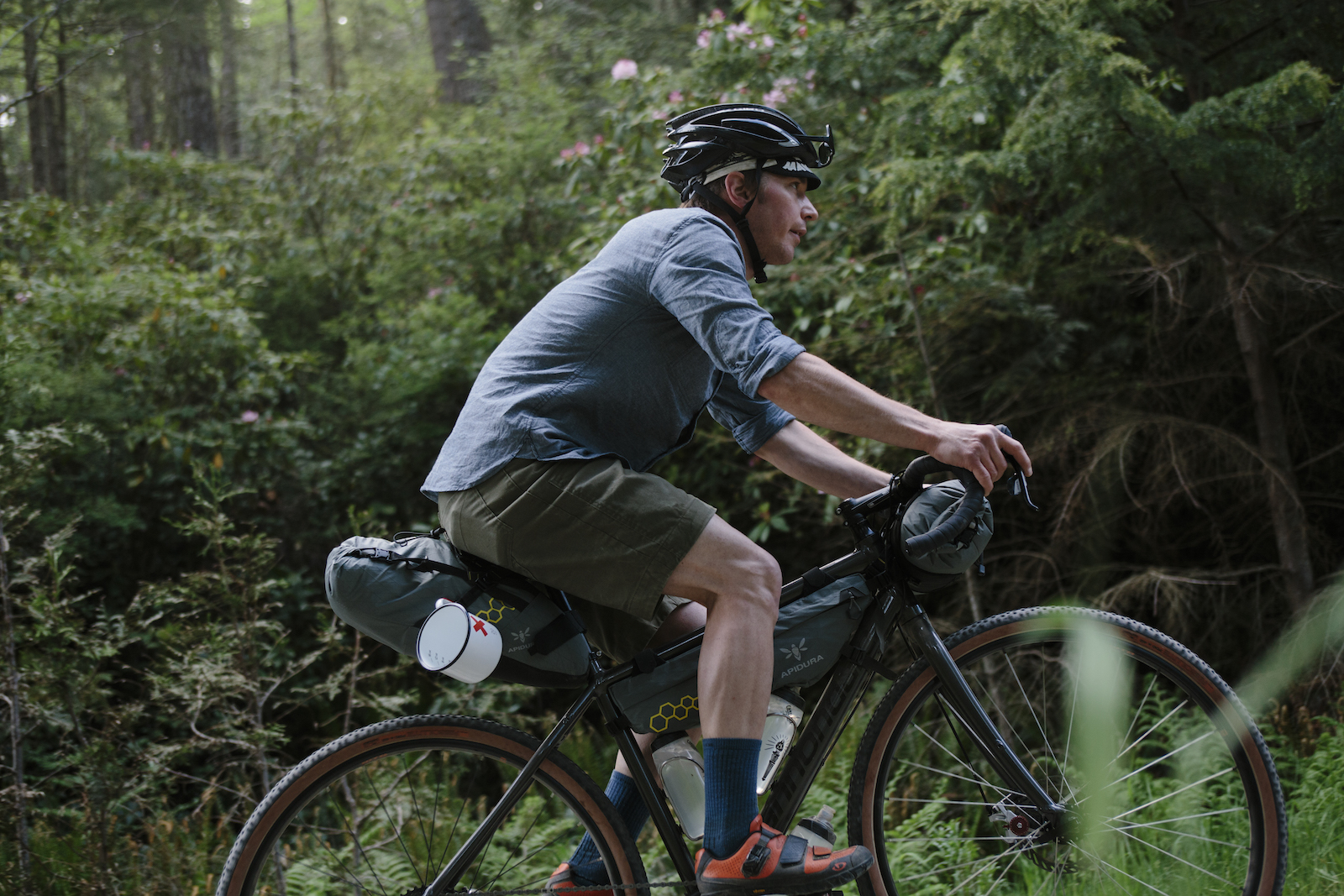 I don’t know what mug that is, but seeing it reminds me to get one too.