The PR just came in that 60 minutes is covering the story that just won’t go away…motors in bikes, also called motor doping, has been rumored for years. It was confirmed last year and now 60 minutes has a segment about it this Sunday. 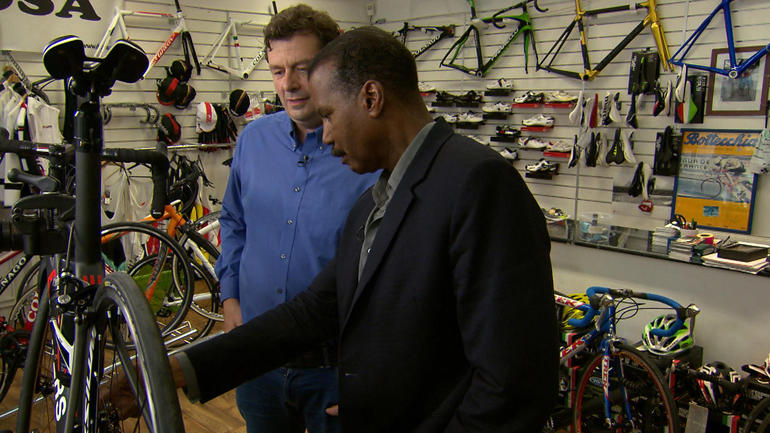 In the segment, Bill Whitaker interviews Istvan Varjas who designed the motor and believes motors have been used to cheat in pro cycling as far back as 1998. Greg LeMond is also in the segment and is convinced motors are being used too. Varjas, a scientist and former cyclist, says he first designed a motor to fit inside a bike’s frame in 1998. He says a friend found an anonymous buyer who offered him nearly $2 million for it.  Varjas says he took the money and agreed not to work on such motors, nor sell or speak of them, for 10 years.

60 MINUTES met Varjas in a Budapest bike shop where he demonstrated his designs and the motorized bicycles that he sells to wealthy clients.  He showed 60 MINUTES the secret switch can engage the hidden motors and a more sophisticated model that engages when a racer’s heart rate peaks.

Also see our motor doping posts, including a look at a Vivax-equipped bike being assembled here in Seattle.

And, posts tagged with motor doping.